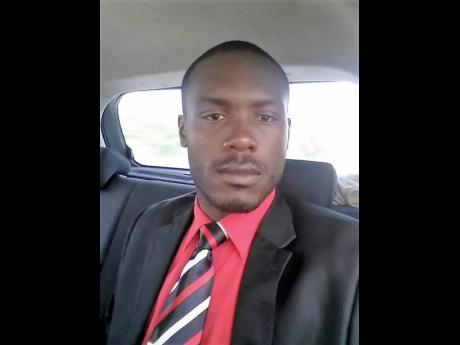 The May Pen Police division is now mourning the death of one of its own following a motor vehicle accident.

Detective Constable Clive Wedderburn, 33, succumbed to injuries sustained in an accident minutes after midnight on Tuesday morning along the PJ Patterson Highway.

Wedderburn, who was a resident of New Harbour Village in Old Harbour, St Catherine, was heading in the direction of Old Harbour when he crashed into the back of a truck.

Superintendent David White, who is now stationed in Manchester, recalls his experience in working with Wedderburn.

He described him as decent, knowledgeable, efficient, productive, reliable police officer and as one of Clarendon's best crime analysts.

"He was married and a devoted husband and respected by his peers and management team of the division," he said of Wedderburn, adding that his death has seriously affected the team of Clarendon and the communities where he assisted in capturing some of the parish's most wanted.

White said that Wedderburn was also instrumental in the dismantling of gangs and the recovery of several weapons and ammunition.