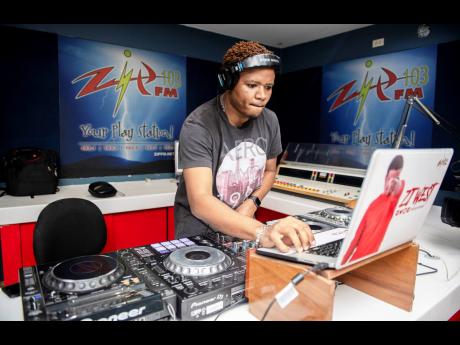 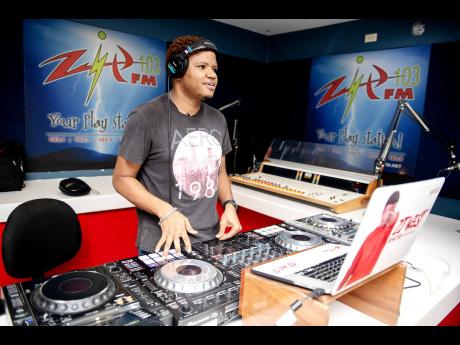 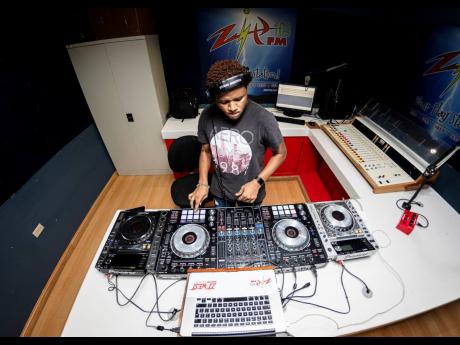 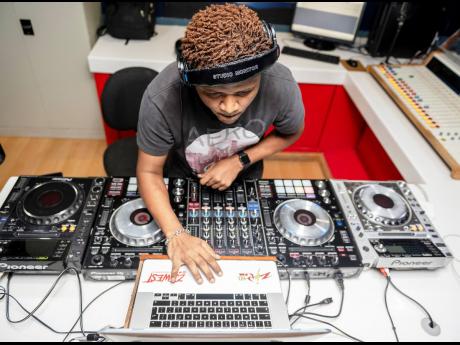 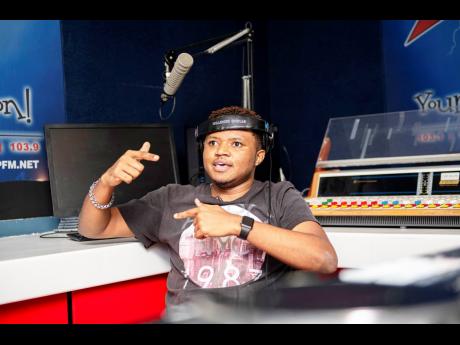 For ZJ Richie West, music has always been a passion, but as it relates to a career in the entertainment industry, there was one standout moment that cemented things for him. He was perhaps 18 years old at the time, and having been tasked with putting together the music for a beach trip, West discovered that he had a knack for pleasing people. His mixtape for the trip was the beginning of his flourishing career as not only a selector but a radio disc jock.

“Me bredren did a have a beach trip, and him say, ‘yow, like how yuh always a make the mixtape and dem thing deh, make a mixtape for the beach trip. They wanted some real music, and when me say ‘real music’, me a talk Marvin Gaye and dem man deh. I remember while I was on that trip, every single song that was played from the tape got a ‘forward’,” he recalled.

“It was like me deh a dance and people a buss blank. I’ve never seen that reaction from a mixtape before, and at that point, I realised, ‘maybe I can tell what people want to hear’.”

Still, although having had that epiphany, the Portmore native was a ‘just come’ on the selecting circuit and had to pay his dues. West therefore adopted the role of a ‘warm-up deejay’ on his first sound. He said: “There was a sound system in Cumberland called Cross Fire, and they took me in. I used to go to school in the days, and in the nights, I used to go out with them. At that time, though, I was not allowed to play any of the hot segments. I was literally the warm-up deejay,” he laughed. “So wah happen is, when the rest a sound man dem affi go bathe, me a di one weh a play the music. Nobody never deh deh, but I never mind. What that developed into was me watching the crowd for them, so when the ‘A deejay’ dem come in, I could tell dem wah fi play because me already observe the crowd and know weh dem want.”

West, who is also a disc jockey with Zip 103 FM, has had the best of both worlds. He has established himself in the streets and on radio. And although he thoroughly enjoys both, he prefers radio. To him, it allows more room for versatility. “I really do prefer radio. What I like about radio is, either you can dweet, or you can’t. You cannot lie on radio,” he said. “If yuh go to party and yuh honest with yourself, there are certain songs weh affi play. As deejays, we like to play it safe with these songs because we know we a go get a forward. On radio, we have more room to play different songs from different artistes. We get to impose our taste on the audience, which I like because you can introduce people to new material.”

The disc jock/selector has managed to establish his own lane in the entertainment sphere, but this did not come without its fair share of discouragement. He revealed that on his journey, he was sometimes made to feel like his chosen field was not one worth pursuing professionally. “I have been made to feel, like selecting isn’t a real job. I have been made to feel like it’s a ‘dunce man thing’, and I want to tell you that is absolutely not true. Playing music is probably one of the hardest things you can do,” he said, pointing out how difficult it is to please an audience of different demographics. “It is very difficult, and selectors should be shown more respect. It’s a very difficult balance to achieve – trying to please everyone – and most selectors take great pride in seeing people enjoy themselves. For a doctor, healing the sick is the best part of his job, and it’s the same thing for us – when people genuinely enjoy the art you created, it gives you joy.”