ONE-MINUITE READS - News from across the region 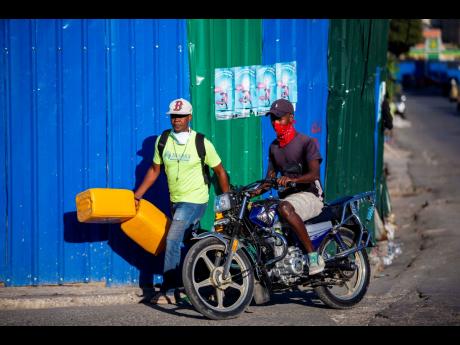 A motorcycle taxi driver wears a face mask to protect himself from the spread of the new coronavirus as a pedestrian carries empty gas containers to a fill-up station in Port-au-Prince, Haiti. 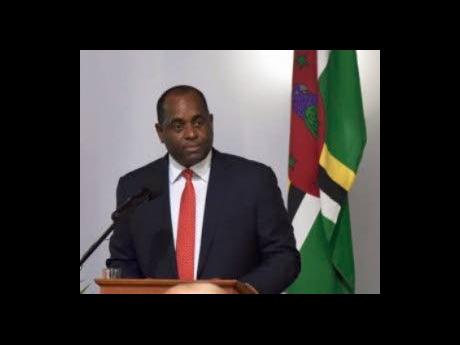 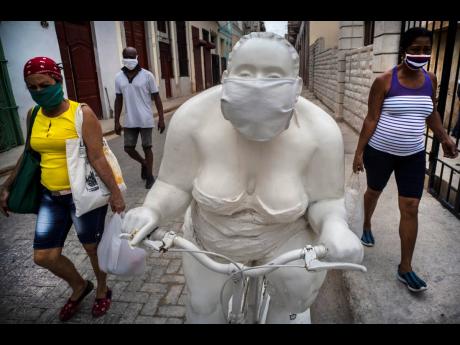 Pedestrians wearing protective face masks as a precaution against the spread of the new coronavirus walk by a “Fat Ladies” sculpture that someone adorned with a mask to promote social distancing, in Havana, Cuba, on Wednesday.
1
2
3

The prime minister of St Kitts and Nevis, Dr Timothy Harris, yesterday announced June 5 as the date for fresh general elections in the country.

In a radio and television broadcast, Harris said that Nomination Day would be on May 27.

"Election is important and will bring certainty to our federation, enhance confidence in our country, and preserve our democracy," said Harris, who is expected to lead his coalition Team Unity into the election.

In the last general election, Team Coalition, an amalgam of three political parties, won seven of the 11 seats.

St Kitts-Nevis has recorded 15 cases of the novel coronavirus. Fourteen of the patients have recovered. The country has not had a case since April 20.

Brothers drown in Trinidad and Tobago

Police are investigating the drowning deaths of two brothers at a pond in Valencia, Trinidad and Tobago, on Sunday.

The authorities have identified the brothers as 13-year-old Junior Soogrim and his seven-year-old brother, Jason.

Reports said that the boys were with a relative who was tending to his garden when they went to the pond with other children from the area. They, however, got into difficulties and disappeared under water.

Haiti has recorded nearly 100 cases of the coronavirus (COVID-19) in one day as the number of cases in the French-speaking Caribbean Community (CARICOM) country jumped to 456 on Sunday.

The Ministry of Public Health said that the 98 cases, in which the majority were men, "is the largest number of cases recorded in 24 hours since the first case in Haiti", on March 19, this year. It said that the number of people killed as a result of the virus stands at 20.

The Ministry said that the number of active cases in the country stands at 415 cases, with 253 people hospitalised and 171 in quarantine at home.

The Bahamas government says it is looking at the possibility of allowing commercial travel into the archipelago on or before July 1 but insisted that the date was not final and would depend on the current state of the coronavirus (COVID-19) here.

The Bahamas has so far recorded 96 positive cases of the virus that was first detected in China last December and linked to the deaths of more than 300,000 people and the infection of 4.5 million others globally.

The Bahamas has recorded 11 deaths, but over the past four days, the chain of islands has not recorded any new case of the virus.

In a radio and television broadcast on Sunday night, Prime Minister Dr Hubert Minnis said that as the country continues to make progress in its efforts to curb the spread of the virus, it would act on the advice of health officials "on the phased and gradual reopening of various islands and certain areas of our economy as well as a new normal for daily life that will be with us for some time".

"We must abide by regional and global health protocols as we reopen our economy and society," he said, reiterating that "if advised by health officials, we will return to certain phases or reimpose certain restrictions in order to limit community spread."

Prime Minister of Dominica Roosevelt Skerrit, in a nation-wide broadcast on Sunday night, said the country's "revenues are plummeting" due to the effects of COVID-19 on the economy.

He said that the loss of revenue as a result of the pandemic that forced a lockdown of the island must be viewed in the context of a country that is still recovering from the utter devastation caused by Hurricane Maria less than three years ago.

Sixteen persons have been infected with COVID-19 in Dominica, but the country has not recorded any deaths.