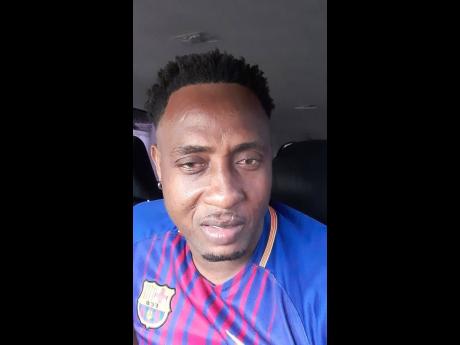 Jeffery Bowen is being hailed as a hero after he rescued a drowning boy from a crocodile-infested water canal in Bridgeport, Portmore, St Catherine, last Friday.

The boy, who is deaf, was spotted in the water some time after 7:20 p.m. fighting to stay afloat. Bowen, 40, who was nearby, sprang into action and pulled the boy from the water before harm could reach him.

"A work me a come from and a friend stop me and say there is a body in the water, but I thought it was a dead body. It was dark at the time so I really couldn't see in the water," Bowen said. He told THE STAR that the person who was in the water attempted to make his way out but was experiencing difficulties doing so. "There was a street light so I realise the person is not dead and I see that it was a child," he said.

Bowen said that he spent about about 15 minutes trying to guide the child, who is 12 years old, out of the water but he kept drifting. That was when Bowen decided he had to jump into the water.

"I reach out to him with piece of stick and him hold the stick and the branch of it break off and him start go down again. Me push back the stick again and him hold on to it tighter, and a so me pull him in," he said.

"I don't know what happened, I only remember me being in the water like about neck height. The only time I felt scared was when I came out and really look back. I had no fear in the water because my thing was just to save him," Bowen said. "When I took him out, water was spraying from his mouth like crazy so I put him on his side so the water could run out."

Bowen said that after the frightened boy was brought to his feet, he asked him his name and offered to take him home; however, the boy did not respond. It was then that he realised that the child was deaf.

He was not OK

"Him turn and look at me with his bright eyes, then he turned and continue up. As a parent, me know he was signalling that he was not OK."

He recalled that other persons, including members of the security forces, gathered on the banks of the canal to watch as he pulled the boy from the water.

"People start gather, some guardians for him that was searching for him and couldn't find him. Me only hear them a call out 'Jaydan! Jaydan'!" Bowen told THE STAR. He said that he did not know of the youngster, whom he has seen once since the incident.

THE STAR attempted to contact the boy's mother but was told that she is not interested in speaking about the matter.

Meanwhile, Kenord Grant, councillor for the Bridgeport division, has applauded Bowen for his courage. "It is quite a very brave effort by him and it is really a true depiction of what is needed in this 'Emancipendence' time," he told THE STAR. "It is a clear example of the kind of persons Jamaicans are and ought to be."

He added: "The gentleman is a member of the community football team and he is one of those jovial persons in the community, and he is always helpful."