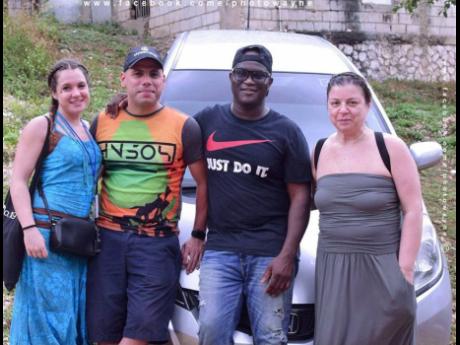 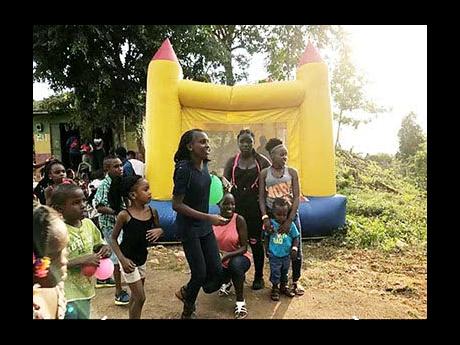 Children in Cypress Hall, Red Hills, St Andrew, at a fun day organised by Glenworth Burke through his Hype Cares Foundation. The fun day will not be held this year, due to COVID-19, but Burke will be distributing care packages, tablets and laptops to students.
1
2

For the past six years, Glenworth Burke has been bringing Christmas cheer to residents of Cypress Hall in Red Hills, St Andrew, through his special delivery of gifts.

Burke, 41, who resides in New York, USA, said that he makes it a part of his holiday routine to host an event where he provides food, clothing and other items for persons in the rural community.

"Every year, since 2014, we have been providing food and other stuff to people in the community. I host an event where persons come out and the kids enjoy the pool, the bounce-about and other rides," Burke told THE STAR.

"There is area for clothing so people come by and just pick up clothes that they like, and the children get things like school supplies."

Being a native of the community, and having seen the struggles of the people, Burke said he saw it fitting to make a difference. His passion for giving, he said, stems from him growing up in a household where his parents went above and beyond to assist members in his community.

A Special Love for People

"I saw my grandparents and parents giving so I just grew up with this special love for people," he said. "Anybody in the community could come to my house and get food or anything, no matter how small."

Burke dispenses his patronage through his Hype Cares Foundation, whose central mission is to uplift communities. He said his community events were funded from his personal funds in the initial stages, but said he was joined later by colleagues at a law firm in New York who donated to the cause.

"A lot of persons who sponsor me are from my job. They saw what I was doing and decided to be a part of it," he said. "When I just started it was like 60 to 80 persons (were catered to at the event) and it grew to like 300. Last year was our biggest. We had like 600 people, and not only those from my community but from all other neighbouring communities," Burke said.

This year's staging will be different from previous years due to the changes brought on by COVID-19.

"This year, I'm going to extend it to where my father comes from, which is a place called Parks Road in St Catherine," he said. "Because we cannot have the crowd, we plan to deliver the food and supplies to about 120 persons from both areas."

Being cognisant of the struggles most children are experiencing with online learning, Burke also plans to donate 15 tablets and three laptops to students in Cypress Hill.

"I'm happy to know that I can change a life and make a difference," he said. "Come next year, I hope we can go back to the original way of doing things because it is more fun."