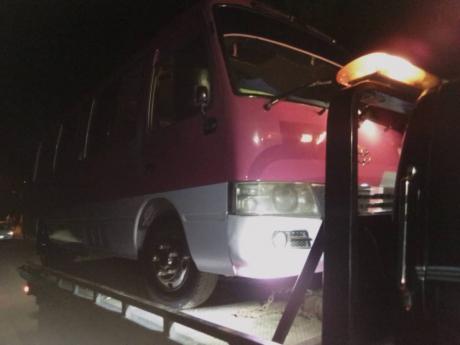 The bus that was filled with mourners was attacked by gunmen. 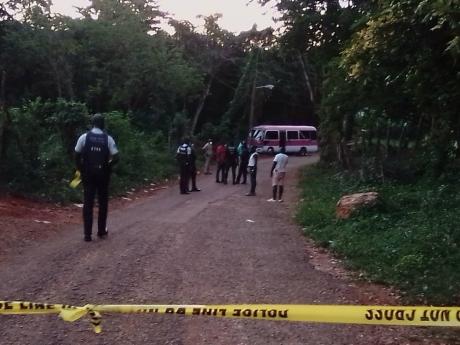 Police cordon the crime scene near the entrance to Meadowrest Memorial Gardens in St Catherine.
1
2

Thursday's brazen attack by four gunmen on a Coaster bus filled with mourners who had just left the Meadowrest Memorial Gardens in St Catherine has left two women dead and seven others wounded including a young child.

It is reported that all the victims are from downtown Kingston. Reports are that the bus was about 300 metres from Meadowrest transporting mainly women and children back to the Corporate Area when the gunmen alighted from nearby bushes and started firing indiscriminately at the bus. It is further reported that the driver of the bus lost control of the vehicle and it crashed into a utility pole. Scores of persons were seen scrambling from the bus and running in different directions to avoid being shot. The driver, who was unhurt, fled the scene but later turned up at the Spanish Town Police Station. The child was transferred to the Kingston Public Hospital. It is understood that one of the injured is in serious condition.

One eyewitness on the bus told THE WEEKEND STAR that he was lucky to be alive.

We stop at a shop

"The lady beside me a she save me. We just left Meadowrest and we stop at a shop and people buy drinks and then board back the bus and as we move off mi see the man dem come from the bush from the hillside and start firing shots," the eyewitness described, adding that the 29-seater bus was loaded to capacity.

An informed source told THE WEEKEND STAR that the shooting occurred as a result of an ongoing gang feud that is linked to sections of Kingston. It is alleged that the mourners were leaving the funeral of a former resident of Tel-Aviv in Central Kingston who was killed this year in a drive-by shooting along East Queen Street.

One police source on the scene told the news team that those travelling on the bus were in violation of the Disaster Risk Management Act that restricts large gatherings at funerals.