Teen shot and killed by relative 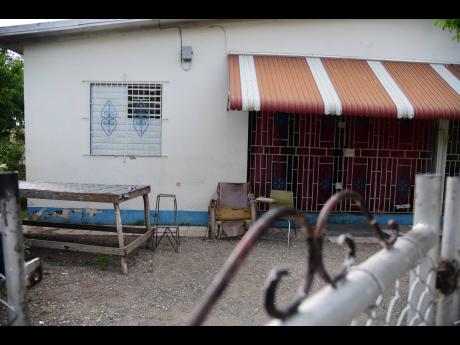 The yard in which Sorika Picart, a 16-year-old student of the Alpha Academy, was shot and killed, allegedly by her granduncle, on Saturday.

A 16-year-old high-school student is now dead, after being shot multiple times, allegedly by her granduncle at her home on Lincoln Road, east Kingston, on Saturday.

The teen, Sorika Picart, a student of Alpha Academy, was shot at least six times by the family member, who residents said was recently deported and had been acting strangely. After killing Picart, the man challenged a team of police in a shootout before making his escape on foot.

A woman, who was travelling in the unmarked police vehicle, was shot in the arm.

Picart's father told THE STAR that the untimely death of his daughter has robbed him of a chance to mend their partially broken relationship, and denied her the opportunity to achieve greatness.

"Wi never really had the best of relationships because I am the stricter of her two parents. I am very, very devastated right now. I don't even know how to describe this situation here," the father said.

"I try to encourage to keep her head up. She was doing science and business subjects. She had her whole life in front of her and was a special kid.

"I normally have her from time to time, but in the last she decided to go back to live with her mother because I was too strict. I was trying to curb her the right way as a young teenager," the tearful father said.

He said that as a result of a broken relationship with the child's mother, he was hitting roadblocks in his attempt to fix things with his firstborn.

Meanwhile, THE STAR understands that shortly before her death, Picart and another friend was on her verandah playing a game of ludo. It is alleged that the granduncle was acting strangely, much to the discomfort of the teens. The friend reportedly left the house to go home and prepare dinner. It is further alleged that minutes later, loud explosions were heard coming from the premises.

Residents claimed that the shooter exited the house shortly after with the weapon in his hand.

Head of the East Kingston Police Division, Superintendent Tomilee Chambers, confirmed that a woman was shot in the hand during the shootout between the suspect and the police.

"I am told he escaped on foot after he engaged the police who were in close vicinity when the incident occurred. When they rushed to see what happened, he engaged them. A lady who was travelling in a car, I am told, received a gunshot in her hand. We will be scouring the space to ensure that we apprehend this person in the quickest time possible," Chambers said.