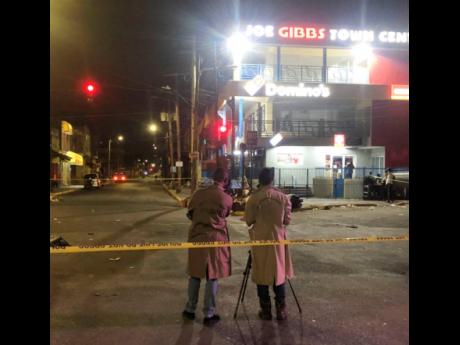 A 26-year-old pregnant woman was yesterday shot and killed in downtown Kingston by a lone gunman who, according to well-placed police source, carried out the hit after several threats made to the victim.

The deceased woman, Shantiva Griffiths, otherwise called Tiva, was said to be six months pregnant. She was shot multiple times in the head while walking along the roadway about 6:30 p.m. in the vicinity of North Parade.

The police, according to a senior official at the Kingston Central Police Station, told THE STAR that investigators are already probing several leads which they believe could assist with their investigations.

"We are aware of certain aspects surrounding this matter, one of which is that the deceased woman was reportedly threatened on a number of different times," the senior cop said.

A relative of the deceased also told our news team that on several occasions, Griffiths was told to leave her job in order to preserve her life.

The expectant mother has been described as hard-working and was also hailed as supportive leader by her work colleagues at a wholesale which she managed.