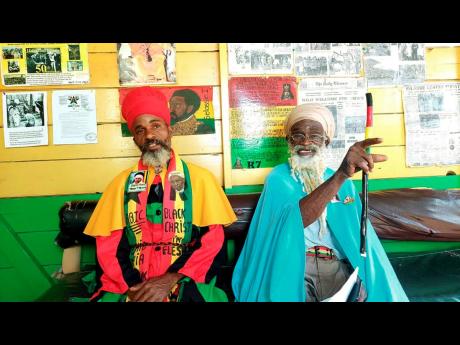 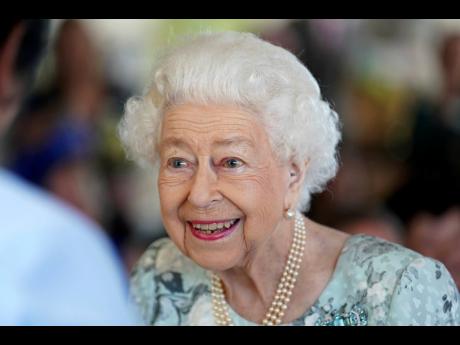 It was business as usual for Rastafarians in Bobo Hill, St Andrew, yesterday following news of the death of the UK's longest-serving monarch, Queen Elizabeth ll.

In fact, the Bobo Shanti priests were not enthused by the reaction of the Jamaican government in the aftermath of her death.

A release from the Office of the Prime Minister yesterday stated that, with immediate effect, all flags on public buildings should be flown at half-mast to mark the commencement of a Period of Mourning for Queen Elizabeth ll, between September 8 to 19. A Day of Mourning will also be observed on September 18.

On the Day of Mourning, the public is being advised that only authorised activities related to the day are approved and that all social events should be postponed.

However, in Bobo Hill yesterday, Honourable Priests Christopher Morant and Trevor Stewart argued that while they were not gloating over the queen's 'transcension', for them her death represented the imminent fall of a Babylonian colonial system that has kept black people captive for centuries.

"But a no anything personal. We not personalising it to say man glad because we have mothers, we have sisters, and we have daughters. We a talk 'bout the system that she was the head of," said Priest Stewart.

"Of course we can respect that, but she was the head of a colonial system. Remember, enuh, it was her Lloyd's of London, her insurance company did most of the ships dem build inna Liverpool. The man dem who did a build di ships dem, di chains and di locks mek whole heap a money. Those places are still presently benefiting and still operating. So because it was a business and she has brought it to a science, everything deh inna every drawers everywhere documented," he added.

Rastafarians have been leading the call for reparations from Britain for the atrocities of slavery and the slave trade. Echoing sentiments shared by his colleague, Priest Morant reiterated the calls to be repatriated to Africa, their homeland.

"If it don't come, enuh, the judgment a go get thicker. There is no one to stand up for our justice. International Courts of Justice, EU (European Union) worse. The present African Union turning a deaf ear and blind eye, the Jamaica Government not showing nothing. So now what? We invoke our ancestral powers of the nature, earthquake, lightning and thunder. That is what is helping us," he said. "I and I feel the great joy knowing that it is coming to an end, the time of our repatriation and our compensation. I and I ever a chant to bring down Rahab and Babylon fi see it's fallen. Babylon the great is fallen and has become a habitation of the devils and dragons and all unclean birds, yuh know Revelation speak of that."

Priest Morant also rejected the Period of Mourning for the departed queen.

"Bobo Shanti here in Bobo Hill and outside don't mourn. We don't get involved in Babylonian business," he said.

Queen Elizabeth II died on Thursday, aged 96, after reigning for 70 years. Her son, King Charles III, has taken over the reigns.