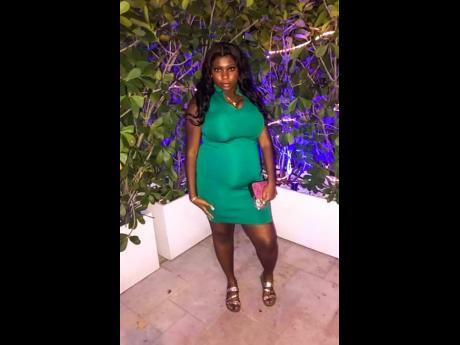 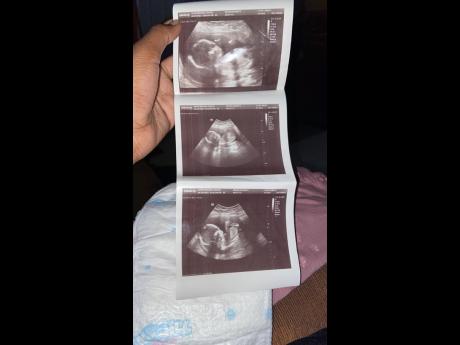 Miller-Parker shows a photo of her ultrasound.
1
2

A woman who prematurely gave birth is accusing staff at the Spanish Town Hospital of negligence that she feels contributed to her baby's death.

Jamaican-American Ke-Sanya Miller-Parker, 21 said that she was at home in Waterford, Portmore, St Catherine, last Tuesday when her water broke. Although the baby girl had come out, she was still attached to the umbilical cord and the placenta, which was left inside her. Miller-Parker said she was taken to the hospital by a friend and that the baby was still alive when she arrived about 10:05 p.m. But she said she was neglected by several nurses and doctors and that at one point a nurse said that "Babies were there that they have to attend to first".

Miller-Parker alleged that about 12:30 a.m., a doctor eventually came to her aid. But she said that the doctor did not cut the umbilical cord before delivering the placenta, which she believed led to the immediate death of her child. A tearful Miller-Parker, who has a one-year-old girl, told THE STAR that the coldness from staff did not stop there.

"As I cried over the baby's body, the sister nurse said 'Weh you a cry suh fah? The baby done dead already'. That's right. They showed no care, none whatsoever. The hospital did nothing to assist my baby. She was breathing and moving for two hours. She was neglected completely by the staff and when I begged for assistance, they continued to tell me that my child, who was visibly alive, was going to die anyway so they won't waste time and try," she said tearfully. "The hospital could have showed care. At five months, I know the chances of the baby surviving are not as high, but my child was breathing for two hours while I was there begging."

Miller-Parker said the entire ordeal has placed a huge burden on her health, emotional well-being and pocket. She said that she will be consulting an attorney for legal guidance.

"I'm currently back overseas because I had to fly out immediately when I left the hospital to get the dilation and curettage procedure (removing tissue from inside the uterus) done, since they left remains in me. As a result of this, I have been unable to file a complaint as yet but I'll be back on the island by Wednesday of this week," she said.

"My emotional health at the moment is non-existent, I'm constantly replaying the moments in my head. Mentally, I am distraught but I have no choice but to be present and alert as I still have a one-year-old daughter who needs care," she said. Miller-Parker said that her husband has also been affected by the trauma and is grieving in his own way.

"There isn't a single word to describe what we are going through right now. Like myself, he is completely angry by the treatment I received from the hospital," she said.

When contacted, the hospital's CEO, Jacqueline Ellis, said that she was unaware of the situation but urged Miller-Parker to submit a formal complaint in order for it to be investigated.

"It is the first I am hearing about this incident, but I can't imagine you going with the baby, outside of you, and the umbilical cord is still attached and that's the first thing they would've done. There are protocols to observe clinically, and while I can't answer because I am not a medical officer, but there are protocols in place that when you come, delivered already, to manage such a situation. But in order for this to be investigated, because it would not be the only case that came in last week, I would have to have something to refer to," she said.