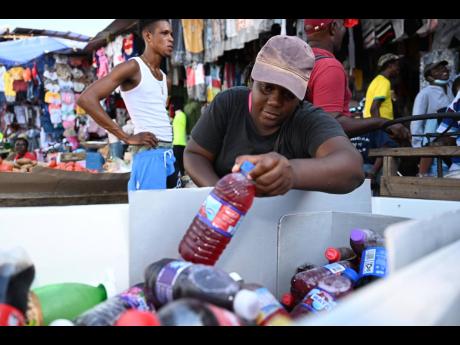 Juice vendor Tamara Bailey has her hands full on Beckford Street in downtown Kingsto. She said that she has seen increased sales since the World Cup began. 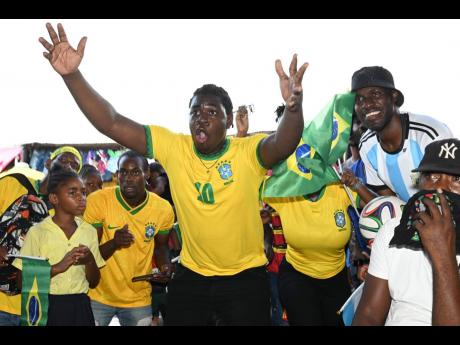 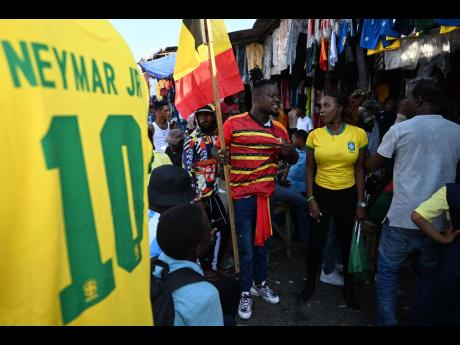 A Belgium supporter, Chevaughn Anthony Salmon, has a debate with host of Cheers to the Cup Shanel Lemmie, during the Brazil and Serbia game.
1
2
3

Brazil's exciting 2-0 win over Serbia brought a lot of joy to many Jamaicans including Tamara Bailey, a juice vendor in the downtown Kingston area.

Relocating her cart to where the "action a go deh when Brazil a play", the 34-year-old mother of four raked in more profits than usual on Thursday as the energetic Brazil supporters flooded Beckford Street in downtown Kingston, expressing their jubilation.

Bailey, who lives in Denham Town, strategically parked her juice cart in front of a clothes arcade where Chevaughn Salmon and his friends gathered to watch the 'Samba Kings', who danced to victory in their Group G opener at the World Cup.

"Mi move yah so from 'bout last month 'cause mi a say World Cup a come up and mi need fi gel in wid everybody, because mi know say when a World Cup time people a go always wah find spots fi watch the match. A just so the excitement thing go inna Jamaica," said Bailey, who has been a vendor for five years.

She was kept busy for the two hours that the match was in progress, and had to refill her igloo twice in order to satisfy the thirsty sports fans.

"Mi feel good although mi tired right now. Mi no know how mi a go manage when the hot match dem start. Today is just the start because all now the big sides dem no play dem one another yet," she added.

Bailey said that although she knows little about football, she was rooting for either Argentina or Brazil to win.

"Two of my three sons dem support Argentina and Brazil, so a dem mi a follow because mi no too watch football like that," she said.