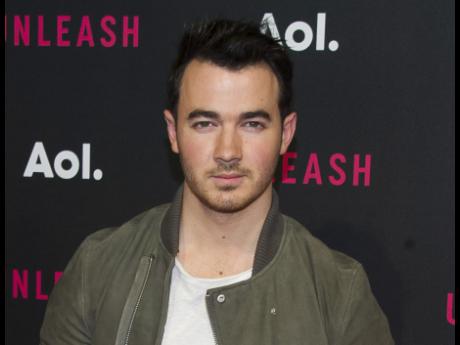 The US trial of three former South American football officials charged in the FIFA corruption scandal took another odd twist with surprise testimony by pop star Kevin Jonas about attending a Paul McCartney show in Argentina.

Prosecutors called the former member of the Jonas Brothers to bolster earlier testimony by a government cooperator that one of the defendants, Juan Angel Napout, had been bribed with pricey McCartney tickets in 2010. The defence had questioned whether the concert ever took place.

Jonas, 30, did not have personal knowledge about Napout or the bribes but confirmed the ex-Beatle had performed at River Plate Stadium two days before a Jonas Brothers show at the same venue, just as prosecutors contended.

"Any time you get to see Paul McCartney it is pretty special," the onetime teen heartthrob told a jury in federal court in Brooklyn when asked by Assistant US Attorney Kristin Mace how he liked the show.

Asked on cross-examination to name the song McCartney opened with, Jonas responded, "We actually arrived two songs late. The traffic is kind of bad going with 85,000 people to one concert."

Jonas' appearance unannounced until he took the witness stand and lasting perhaps three minutes took less time than lawyers' arguments over whether he should be there in the first place. Defense attorneys argued that calling him as a witness would create a needless spectacle. But the judge agreed with Mace's position that it was necessary to hear from "somebody in the audience to establish one fact."

The episode came at a trial that has seen a juror dismissed for sleeping and defendant Manuel Burga was accused of threatening another cooperator over testimony about tens of millions in bribes paid to football officials. Prosecutors said Burga stared at the witness and ran his fingers across his throat in a slicing motion, prompting the judge to place further restrictions on his house arrest even though Burga's lawyer claimed his client merely had an itch.

The Jonas Brothers broke up in 2013. The New Jersey siblings formed the band in 2005 and built a fan base through their connection to the Disney Channel.