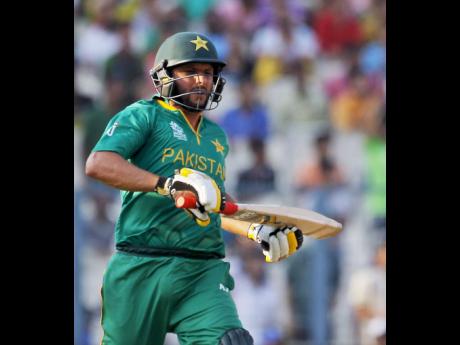 High-profile veteran Pakistanis Shahid Afridi and Shoaib Malik, along with Sri Lanka's Thisara Perera, have become the first set of players to confirm their participation in next month's Hurricane Relief Twenty20 (T20) International against the Windies at Lord's.

They will turn out for the ICC World XI, which will be led by England white-ball skipper Eoin Morgan.

Afridi is one of the most recognisable names in T20 cricket, having scored nearly 4,000 runs and taken 300 wickets from 274 appearances.

"I am humbled to have been selected for such a noble cause. Cricket is one big family and no matter how hard and tough we play against each other, there is tremendous comradery within the group," said the 38-year-old.

"As such, it is our moral and professional obligation to stand up and support whenever and wherever we can, to assist our members, colleagues, and cricket fans."

Malik, meanwhile, is no stranger to the Caribbean, where he has plied his trade in recent years for Barbados Tridents in the Caribbean Premier League.

The 36-year-old batsman is a seasoned campaigner with 7,728 runs from 306 T20s and still remains a critical member of Pakistan's international side.

"It's a matter of great honour and pride to be selected in an ICC World XI and a wonderful opportunity to play along with and against some of the biggest names in world cricket," he said.

"As much as the chance of figuring in such a select group, I also see this as an opportunity to contribute in a meaningful cause.

"We have all heard of the damage caused by the two hurricanes in the West Indies last year, and it is really good to see so many cricketers come together for the objective of raising funds to repair the damage to cricket venues."