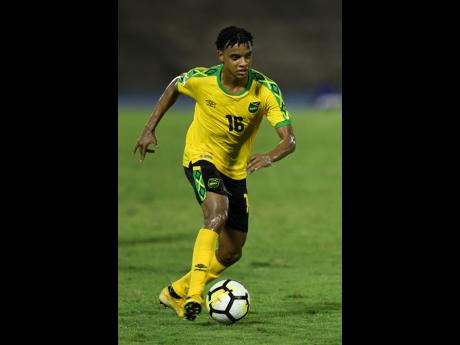 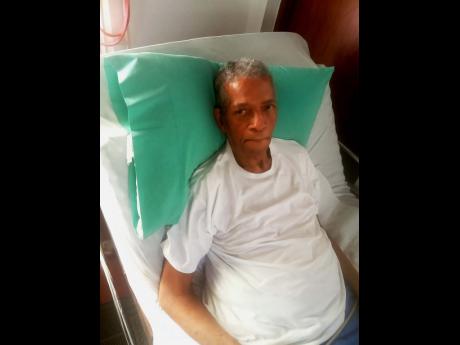 Eighty-one-year-old Samuel 'Sunny' Vassell sports a bright smile as he sits up in his bed at Brandon Hill in St James.

Sunny, a retired football administrator, has been battling a nerve disease for over five years now, which has left him bedridden. Despite being ill, Sunny has many reasons to smile, the latest being that his youngest child, Peter-Lee 'Jackie' Vassell, was drafted by Major League Soccer (MLS) outfit Los Angeles FC on Friday.

"Mi feel proud. Extra proud! Mi 'over-proud' because I know that he could make it be a good player. They couldn't stop him, that born in him," Sunny said.

Peter-Lee has been a standout footballer at every level at which he has played. He won the VMBS under-12 competition with Howard Cooke Primary School and the Under-14, Under-16 and daCosta Cup competitions with Cornwall College.

The 17-year-old attacker has suited up for Harbour View FC in the Red Stripe Premier League since leaving high school in 2017.

Peter-Lee comes from a footballing family. His brothers Andrew and Gary played in the Premier League.

"From my other two sons never get picked to play for Jamaica, I figure that God did go make something work out for him," said Sunny.

"Everybody is proud of him. Even a footballer came here the other day and tell me that a one of the greatest youth he ever see ... . So when you hear and see dem things there, you have to be proud," he added.

"I remember when I use to go watch match a Jarrett Park and see him two brothers, Andrew playing for Seba and Gary for [Violet] Kickers, and that made me proud. So can you imagine now me have a man that win out with Cornwall College a play for the Reggae Boyz and 'bup' gone abroad," said Vassell.

As his son prepares to jet off to the US to play professional football, Sunny is praying for better health so that he will one day get to see his son, who he hasn't seen play for more than five years, in the national shirt.