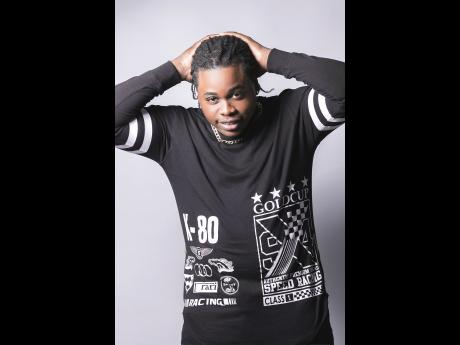 The new track, which promises to cause a craze well into the summer, mirrors early 2000s dancehall "gyal tunes".

DV, who prides himself on releasing original content and is quickly cementing his reputation as an lyrical artiste, believes the single will not fall short of impressing the masses when it hits the airwaves. It is no wonder, he suggested, that involuntary waist movement and rocking are side effects of the song's infectious sound and lyrics.

"The song shows a different side of me and is like nothing you've heard before. I've put in a lot of hard work and dedication and know it's worth it because of the love and appreciation people show for me and what I've done so far. It really drives me to put out more good music," DV said.

Catchy, real and relatable are some of the words DV uses to describe the track. He invites listeners to head over to YouTube and enlighten their ears to the single.

Raw talent, lyrical prowess and pure originality are some of the skills DV claims he possesses. The May Pen-born artiste, who was featured on Intense on TVJ recently, plans to release his mixtape this summer.

Boom Pan It will shortly be available on iTunes and a video for the single is in the works.