Alaine buzzes with Born to Win 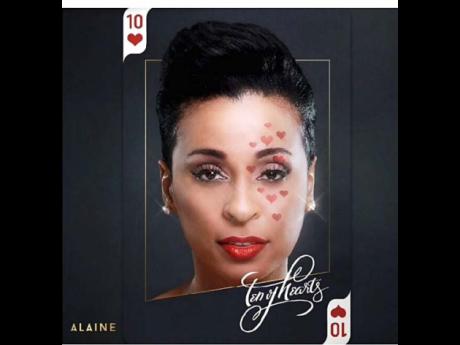 International reggae recording star Alaine has been getting a lot of love for her song 'Born to Win' that was used by Television Jamaica as the theme song for its coverage of the Olympic Games in Rio.

The singer, on tour with Tarrus Riley, said the song has special meaning to her and that was why she pitched it to the television network.

"When I wrote Born to Win, it felt special. It was really a message to myself to never give up, but the more I sang it to myself, even before letting anybody hear it, I started to envision children singing it in school," she told THE STAR. "I could see people from all walks of life identifying with the lyrics and the feel of it."

It was then that she realised the song has the potential for much wider appeal. "Then I thought, this would be perfect for all sports competitions as well," she recalled. "As more and more people heard it they echoed my thoughts, especially since the Olympics were coming up. So myself and my management reached out to TVJ and pitched them the song, and they loved it."

The song produced by DJ Frass resonated well with the general public and Alaine was proud to have shared it at a time when the island's athletes did so well. "It means the world to me. I'm so proud of our Olympians and so proud that one of my compositions could be associated with such greatness," she said. "Not to mention the flood of positive messages I've been receiving from people from all walks of life saying what an inspiration the song is. Telling me it's 'their song'. Wow!"

Meantime, her European tour went well. The month-long tour that began at the end of July has had stops in Sweden, Belgium, Germany, Spain, Italy, Slovenia, Holland, the United Kingdom, Slovakia, and Poland.