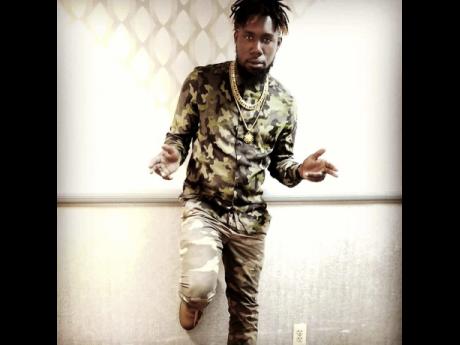 International recording artiste The Celebrityy is looking forward to the release of his new single, titled 'Money Freedom'.

The New York-based singjay, whose real name is Adrian Campbell, began his recording career in 2012 with the release Motion Wine under the stage name Synnus.

Since then, he has recorded and released several other singles, including Only Reggae Music featuring Jimmy Riley and Better Life.

The St Ann born entertainer, who recently changed his stage name to The Celebrityy, is confident that Money Freedom will be a huge success.

"I'm confident that my new single is going to be a big hit. Everyone who's heard this song so far has given it the thumbs up," said The Celebrityy.

The Celebrityy was inspired by his late mentor and friend, Jimmy Riley, to write and record Money Freedom.

"One day, Mr Riley and I were listening to some of his songs. One of the songs we listened to was a song called Free up the Money. I respect Mr Riley a lot. He was a great influence on my career, and he always told me that I should cover some of his songs. Money Freedom isn't a cover, but it was inspired by one his songs," The Celebrityy said.

Money Freedom was produced by international producer Troyton of Troyton Music, and is slated to be released on iTunes and all other leading online music platforms on December 9.