Malice in the dancehall palace ... Beenie, Spice at odds 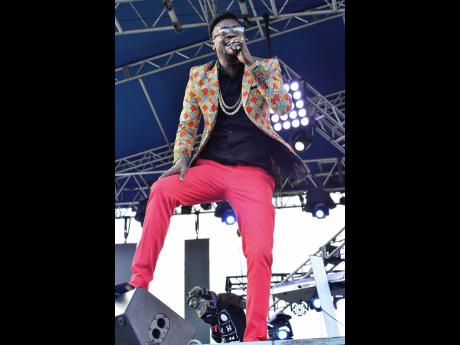 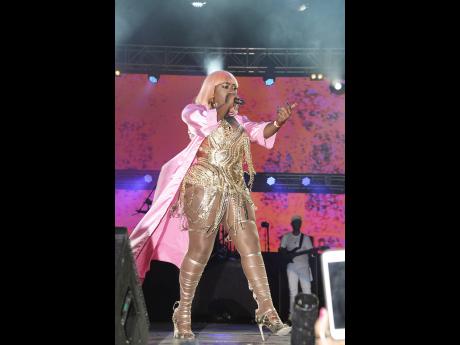 The issue of who are the king and the queen of dancehall has once again caused strife.

Beenie Man and Spice, widely regarded as the current monarchs of the genre, have been exchanging unpleasant comments over the past few days, each claiming the other is not worthy of the title.

In an interview on the weekend, Beenie Man said the queen of the dancehall was baptised, in reference to Marion Hall, formerly known as Lady Saw.

And when asked about Spice being designated as the next queen, Beenie Man said: "She is the one that step up to the plate but that's not how you become a queen because if yah go take Lady Saw crown yuh affi do weh Lady Saw do. No disrespect, yuh can't do less work. She's the designated queen, the queen elect."

Spice was not amused and used her Instagram platform to launch a broadside against Beenie Man, saying he crowned himself king when Yellowman had the crown.

"Unlike Bounty Killer who highlighted so many dancehall careers, what did you ever do for dancehall after so many years as the 'king'? Not even a one girl yu never buss as a dancer much less, not even your own daughter, a Ding Dong haffie dweet," Spice vented.

Spice admitted that Hall had left big shoes to fill and said that they would not be filled overnight. But she asked Beenie "You also do know that the king is incarcerated right?" referring to Vybz Kartel.

Julian Jones-Griffith, manager for Charly Black, told THE STAR that dancehall is full of kings and queens, and believes that an entertainer's body of work should decide whether they are crowned.

"Lady Saw was appointed queen by the people and everyone is looking at Spice as her natural successor. When titles are self-appointed, detractors are always going to have things to say. Beenie called himself king of the dancehall and Kartel also released an album of that name, but who's going to argue with either of them about their achievements and claims to that title?" Jones-Griffith reasoned.

"Spice is a humble person and knows those are tall heels to fill, but she has the love of the fans and talent to step up. Dancehall is extremely competitive so crowns and titles are always going to be coveted and argued over. But your body of work will ultimately decide where you stand in the history of Jamaican music," Jones-Griffith added.

Keona Williams, entertainment consultant, said some entertainers are not concerned about titles because their work speaks volumes.