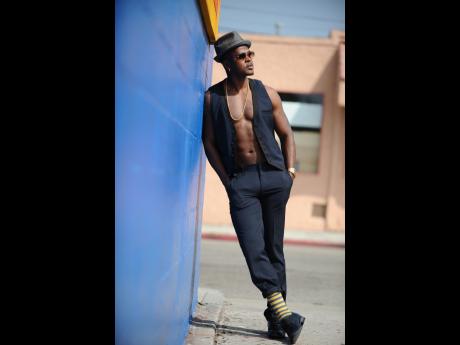 'Is he a Christian or not?' That's the question many Jamaicans have been asking over the past few months about entertainer Mr Vegas. The artiste last year revealed that he had given his life to Christ and was embarking on a new beginning. Since then, however, many have questioned the artiste's faith, particularly because the entertainer has been challenging several biblical views in recent times. Many are wondering, therefore, as to whether Mr Vegas is a born-again Christian or if he has only simply been 'playing church'.

Those and other questions will be answered in the artiste's upcoming song, titled Church. The track features fellow artiste Macka Diamond, and according to Mr Vegas, it should put whatever questions people have about his faith to rest.

"Me a go drop it officially soon, but the song is basically a preview of what is to come from my next album, and it begins to answer all the questions people have been asking about me and my place in the Church," he said.

"This is just one of many responses (about his faith) and it's just a warm-up. The album is called ISM, and it will be fully loaded. When you listen to the album, you're gonna understand racism, Catholicism; all kinda 'ism' on this album."

The song Church begins with a voice, presumed to be one from the general public, questioning the artiste's position.

"Vegas, me have sup'm me wah say to you. You feel like yuh outta the church or inna di church? Sometimes me feel like yuh just confused," the voice narrates before Macka Diamond comes in with the chorus, which warns Vegas against playing 'hop scotch' with the church.

Vegas, in the first verse, urges Macka Diamond to do some research before attempting to cast judgement. He points out all the 'wrongs' people in the church partake in, alluding to the fact that sometimes people are so preoccupied with his faith that they fail to realise how many sins are being committed by those who are supposed to be Christians.

The deejay told THE WEEKEND STAR that he has refrained from directly answering questions regarding his faith because of his plans to settle all scores with his upcoming project. He did not give an official release date for the album, but says it should hit the streets very soon.