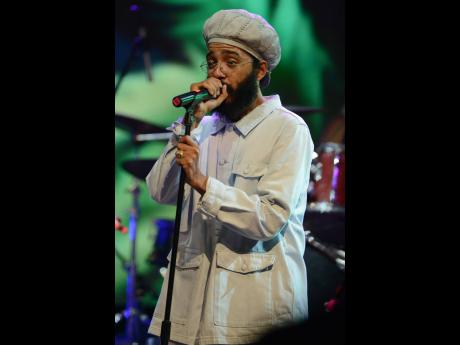 Last Saturday, Protoje shared with the audience, at the A Matter of Time’ live concert, the reason for avoiding local stages – improper time management and poor organisation.

It was not the first time that he had complained about the former, in particular, and he explained to THE STAR that improper time management “affects the music, the artiste and the band members”.

“Can you imagine, three weeks of rehearsal for a 40-minute performance, and 10 minutes in, they want to cut your set? It is frustrating, and it is a slap in the face to the artiste and the art form, so I don’t really dig it,” he shared.

The singer has opted to host his own live concerts to be in control of his time.

“I just like my freedom to do what I want and bring in the people I want to hold a vibes with on stage and sometimes in previous experiences, I have run into problems. So I haven’t done that many stage, shows for people in about six or seven years,” he said.

He is confirmed to perform on Reggae Night of Reggae Sumfest 2019. The last time the reggae artiste performed on the Sumfest stage was in 2012.

“Having a show where the production is on point is imperative, not just to the artistes, such as Protoje, but to the patrons in attendance. We want everyone that Reggae Sumfest touches to have a great experience that will make them want to return again and again,” Bogdanovich told The STAR.

He said that all recommendations and feedback from persons in attendance at the stage show, as well as those streaming, have been duly noted.

“With that in mind, this year, we have reduced the number of artistes on both nights, with a sensitive eye on the length of performance. I think we have earned the respect of the artistes, providing them with the comfort of a solid production and a set second to none,” he said.