Buju will be ‘amazing’ at Sumfest – Bogdanovich 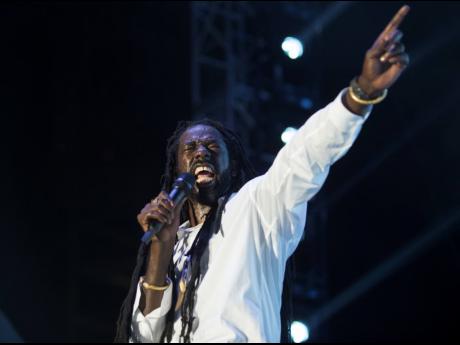 For those who missed Buju Banton’s performance at the National Stadium last Saturday, the chance to see the Gargamel in his element will roll around again this summer at Reggae Sumfest 2019.

The Sumfest team made the revelation on Sunday morning after the Long Walk to Freedom concert wrapped up inside the National Stadium.

‘Sumfest to B.B.C.’ (referring to Buju, Beres Hammond and Chronixx), made the rounds on social media and in print, as the show’s organisers revealed the artistes set to headline the big nights of this year’s festival.

In an interview with THE STAR, CEO of Downsound Entertainment and chief organiser of Reggae Sumfest, Joe Bogdanovich, revealed that talks between Buju and his team began last December when he was released from prison.

“He respects the festival and the reach we have and he wanted to do the show. He just didn’t want us to advertise before his show and so we held off,” he said, stating that he expects Banton’s Sumfest appearance to be just as good as Saturday. “Buju is doing great things as he exhibited the other night, and I think he’s going to be amazing. He’s going to do four shows before us in July, and by then he will only get better. He’s going to get re-familiarised with everything and he’s going to be even more excited. I expect more energy, more interaction, just more of everything.”

Bogdanovich would not reveal how deep he had to dig in his pockets to ensure the Gargamel would grace the Sumfest stage, but says he is certain it will be money well spent.

“I can’t tell you that (the fee),” he said. “All I can say is that we listen to our patrons and we try our best to give them what they want and right now, they want Buju.”

He also spoke about Hammond and Chronixx, the other two headliners.

“The people love Beres, they love Buju and they love Chronixx, so we came up with the B.B.C. idea. This line-up and festival is very special, and I think it’s going to be very hard to beat,” he said. “There’s been a very strong response, the tickets are selling so fast already. I think the VIP and ultra-VIP are the ones that are really hot right now. People are understanding that it’s a seven-day festival, and so they’re also booking the pre-events as well. We’re feeling very positive about the show and we expect things will only get better as we get closer to summer.”

Bogdanovich added that although the headline acts announced are crowd pullers, the entire Sumfest line-up will be enticing.

He explained that as the show date draws closer, he will have several surprise announcements.

“Both Friday night and Saturday night will be filled with great music from some great artistes,” he said. ‘I can’t reveal all the things I have in store just yet but just know that we have some surprises to come. Sumfest is keen on supporting young females so expect more women on the line-up this year. We’re also very supportive of young artistes. The growth of the music is what we will be supporting this year. It’s important to support the future in the present and that’s what we will do.”