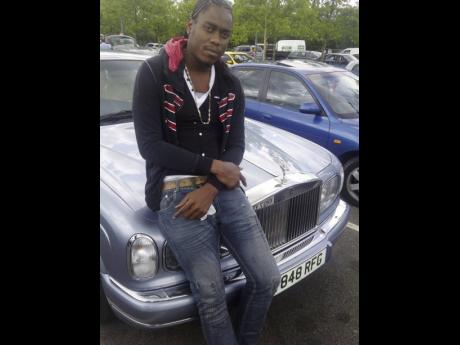 Having grown accustomed to getting more nominations than wins, producer Notnice decided to opt out of attending the International Reggae and World Music Awards (IRAWMA) at The Jamaica Pegasus hotel last Saturday.

But when his name was called as the winner, the producer, overwhelmed and overjoyed, got dressed and made his way to the venue to collect his award.

Notnice said the win came as a surprise and he's elated that after decades of hard work, an awards ceremony has finally recognised his efforts.

Me never get no name, a make me make me name. So based on dem thing deh me get invited to di show and me tell dem say me nah come. Me deh a me yaad and people start message me say me win so me just get ready and go. Me never expect it."

The producer added that although he is not one to base his success on the number of accolades he has, he said it is good when someone recognises hard work and rewards it.

"It motivate yuh and make yuh feel appreciated like yuh a do supmn good. But, if it don't come, it nah stop the work. The love weh me get from people when me out inna di streets, me know me work speak for itself," he said. "My track record is good so me just a continue do my thing, do my best and make hit songs. If yuh do supmn and yuh do yuh best and nobody nuh acknowledge yuh, yuh feel good inna urself."

Notnice, who is expected to drop his Kyng Midas album in the coming months, says he is eyeing the Grammys with this particular project.

He did not give a definite date for the album's release, but says it should be in the window where the project can be submitted for consideration to the Grammy committee.