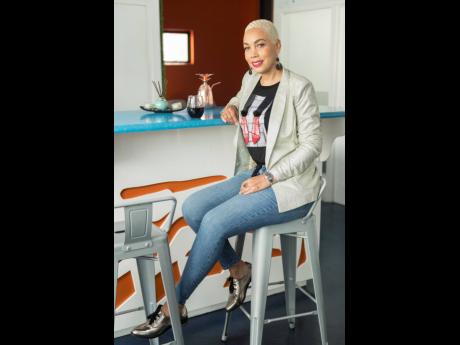 Public relations specialist Tara Playfair-Scott says it's all systems go for the inaugural staging of the Reggae Sumfest Get Social Awards.

The awards ceremony is set to take place next Saturday at Downsound Records' headquarters on Belmont Road.

With nominees including some of the biggest names in the local music industry, as well as popular social-media personalities (local and international), the event is expected to be a star-studded affair.

Playfair-Scott told THE STAR that excitement has been steadily building and that with voting now closed, there is a heightened level of anticipation among nominees.

"We have had so many different persons telling us how excited they are that we have these awards. A lot of the nominees said they are so happy to be recognised by being nominated. We are glad to be able to recognise persons from all different fields. Plans are coming along great; we are coming down to the big day, so we are all excited," she said.

She also revealed that the event will be streamed live on Sumfest's Facebook page.

Interviews with the artistes will also be accommodated on the night via what she dubbed the 'Go Live room'.

Although many artistes are expected to be in attendance, it is still unclear if there will be any live performances on the night.

Playfair-Scott urged patrons to come out to the event as the night will be filled with surprises.

"Maybe we will have performances. You will have to be there to find out," she said.

Nominees for the awards were announced via Sumfest's Instagram page last month. Voting opened immediately after the announcements and closed last Friday.

Votes are currently being tallied, and the winners will be announced on June 29.

More than 100 social-media influencers were shortlisted across 35 categories including Best Male and Female dancehall artistes, Best DJ, Best Producer, Blogger of the Year, Kid Stars and many more.