STAR on the Rise: Frass Hill thinks his time has come 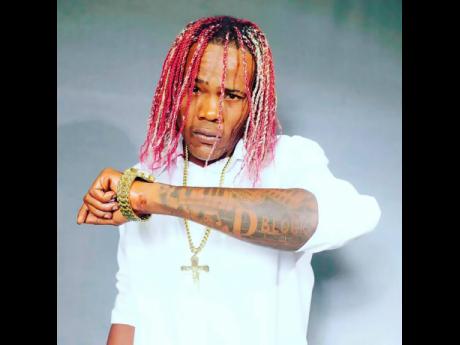 Contributed Photos Just by the way he looks at his wristwatch, you can tell that Frass Hill is convinced that his time has come. 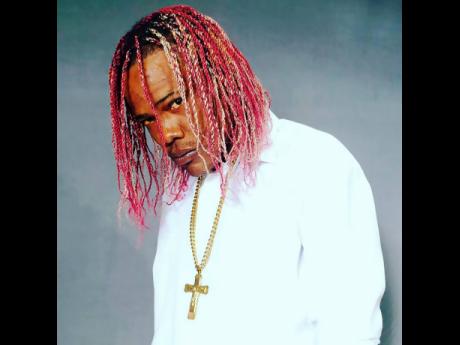 Since he was 18 years old, dancehall artiste Frass Hill has been knocking at music’s door. He started out writing songs for his cousin but ended up deejaying the lyrics when his cousin suggested he try his hand at the craft. That was more than a decade ago, but Frass Hill now believes that his time has come.

“We nuh watch the challenges cause a we name Hill, and we always rise above,” he said. “When me discover my talent, me decide say a music straight. Before we get inna it, we know how the music thing stay. We know it nuh easy, and we love it, so we just a dweet regardless a di fight.”

With a diss track aimed at Foota Hype and a tribute to incarcerated deejay Vybz Kartel creating some sort of a buzz for Hill in recent times, the deejay believes that he has what it takes to not only rise to the top of the industry but remain there.

“I have big dreams, and with my experience, I know what the people want. I know I can be a big hit in dancehall, but nothing nuh come before it time, and everything start from somewhere. Right now, me just wah do the right things so me can reach me goals,” he said.

“Earth set a way weh you can’t tell wah the future hold, and me just wah set things so me can handle my career when my time come because me have dreams even bigger than the Grammys.”

n Musical inspirations: “Mi father a one cause him was a deejay inna him days. Him name Melton Frass, and a so come me name Frass Hill. But Vybz Kartel, Bounty Killer, Buju Banton, Beenie Man, Cocoa Tea – the man dem before me weh me see do the thing – a dem inspire me, and a dem me eyes out certain way.”

n What makes him stand out: “My sound is a very special sound. Me have an authentic dancehall voice, and me give thanks for that. Me wah when people hear me, dem get brought back to the days dancehall was no plaything. Original dancehall flow and vibes.”

n Artistes he would like to collab with: Bounty Killer, Sean Paul, Squash and Vybz Kartel.