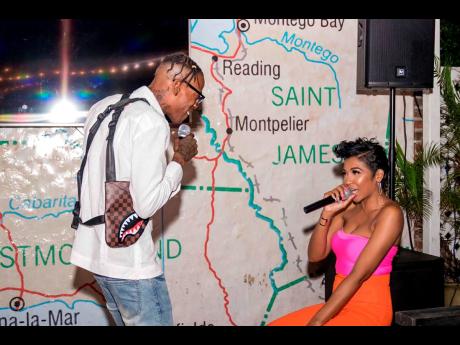 D'Angel, the 'Lady of dancehall', says she is one who believes firmly in second chances, and that's why when the opportunity presented itself for her to work with ex-convict-turned-recording-artiste Jakal, she did not hesitate.

Jakal, a deportee and rapper, has been using music to turn his life around. D'Angel says having had first-hand experience of how difficult the industry can be, she will not be the one to cast judgement.

"I strongly believe in second chances and some people do change for the better. He is testament to the fact that there is hope after the dark days."

The pair has collabed on Me Alone, and it features on Jakal's Deportee album.

"My expectation for this track is that it will hit the Billboard charts because this new sound and flow has the right blend of dancehall and international appeal to cross over and become a major chart topper," she said.

D'Angel says working with Jakal has been so seamless, that people have been linking them romantically, but she explained that although the rapper has become a good friend, their relationship doesn't go beyond the studio.