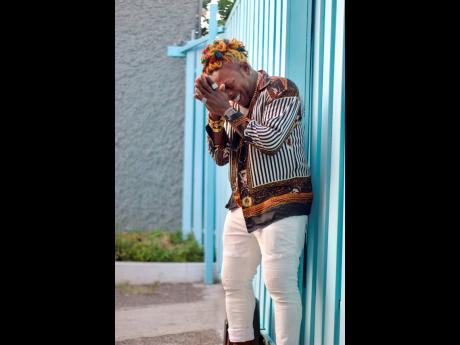 The Elephant Man that dancehall lovers knew from the early '90s and 2000s says he has now re-strategised his methods in order to fit into the current happening in the music sphere. Elephant Man has been known as a constant hitmaker, oftentimes churning out five to 10tracks a month for different producers. However, he says this will not be so going forward.

"People know Elephant Man to be on every riddim, but with the change in the music industry, artistes don't want to be regular; not that a lot of hits weren't delivered, but that does not help to promote us on the bigger stage," he told THE STAR.

He, however, does not deny that the strategy he employed in the past is the reason international artistes like Rihanna, Chris Brown, Busta Rhymes as well Diddy and his Bad Boy Records became familiar with him.

"Artistes nuh want to sound like a sketel weh deh pon every riddim. That haffi stop. Hold your ground, pick a lane and draw a line to say this is where me a start and want it continue from there. Don't be a 'box bout', that is not how real stars or stars in the making behave. People supposed to look to two or three labels to find out where they can find you. Take it from someone who live it and learn it," he continued.

The Signal De Plane artiste noted that music circulated throughout certain periods of the year, for example, October to August, are the ones that qualify for various international awards and also stay in people's minds for the busy December and January season.

Few at a time

"Right now, call it say this is the new year, 2020 start already. Every song from October to November lock in. Some selectors not even look on singles that release earlier in the year for the following year, so I am only focusing on releasing a few tracks at a time. I must have a hit from now to Christmas that will still play and have the people in a frenzy,"he said.

Having released a single called Find It, which has been doing well on the dancehall scene, Ele says he is now focusing all his energy into perfecting and promoting it so that it may have a greater lifespan.

"I believe I have adapted to the industry and the style of the new artistes, but I am still keeping it authentic. The greatest thing is that I put in the work and changed the game, and that fan base from then is here up to now ... give thanks," he said.

He also shared that controversy changed his strategy, too.

"It mek me have less friends, because some will support you in front of your face and behind your back dem ready to stab fi kill yuh. I am repeating this again for all artistes to hear, don't 'regular out' your voice or sound," he said.