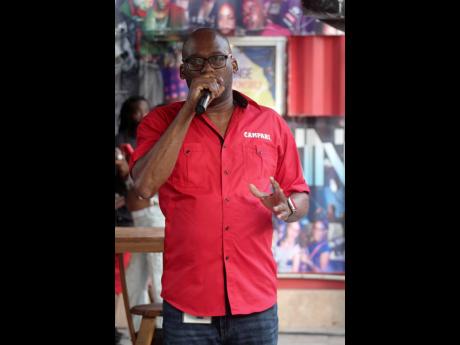 Basil ‘Skinny 1-2-3’ Francis is a smooth operator on the microphone. 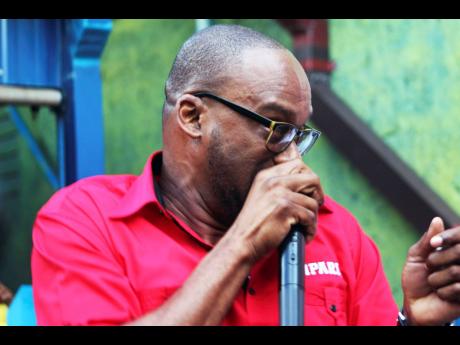 Skinny 1-2-3 pulls out all the stops from charm to comedy. 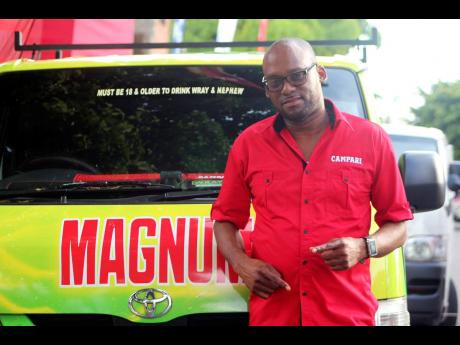 Spot the Magnum Mobile Sound and Skinny 1-2-3 is likely to be around. 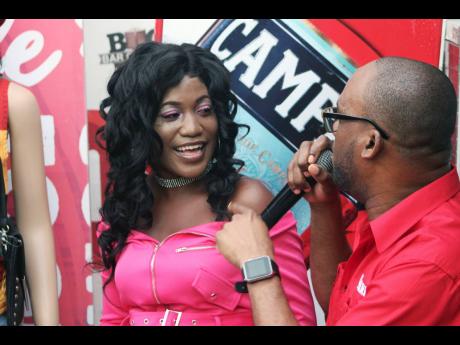 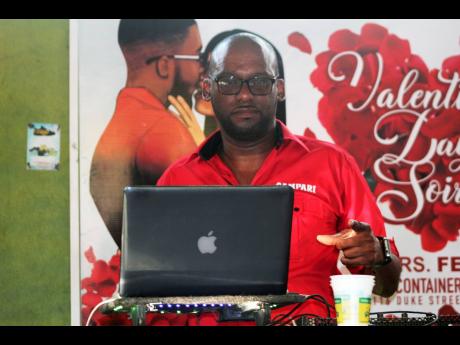 Behind the wheels of steel, a laptop and console are Skinny 1-2-3’s weapons of choice. 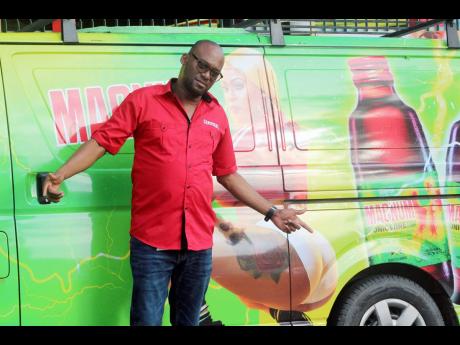 The moment Basil Francis pulls up to an event, the patron engagement immediately begins.

From the gates to the stage, Francis, who goes by the moniker Skinny 1-2-3, pays no attention to the number of persons inside a venue.

“It is all about building the energy from the ground up. Empty or not, when I am out there, it is to sell something, whether the music, a brand or a product,” he said.

He became interested in music as a teenager in high school, and then in the early ‘90s, which he calls the “good old days”, he started as a ‘hypeman’ on the Bass Odyssey Sound System.

Of course, he shares that back then, his physical appearance may have matched his name precisely.

Skinny 1-2-3 said, “Bass Odyssey sound system was where I began to get serious with my career (it was just ‘Skinny’ at the time). There I learnt a lot from Father Wally (the sound’s owner Keith Walford), and his views were you can’t want to mix and can’t talk. And you can’t want to be the one on the microphone and don’t know how to mix the music; a disc jockey must know to do both.”

After Bass Odyssey, he worked with Cinemax in St Mary, and with all the knowledge he accumulated from both sound systems, it allows him to maintain a balance and not become overwhelmed by a time-consuming and draining career.

“The work starts as soon as I get up; I drive the Magnum Mobile Sound, set up with the help of my second Eric Francis, and I act as disc jockey and host,” he said.

He added, “There is no way I would give up what I do. I love my job and even now, with several street events being undercut with the states of emergency, especially in Kingston, I don’t allow it to distress me. I believe it will improve next year … I have to believe it will because it is my work.”

He says his style is not to get carried away, just to go with the flow, ‘easy as 1, 2, 3’. That is a mantra he employs in everyday life.

“Similarly, I interact with a wide age group of people and work in varied environments from streets to weddings, so the music is wide and varied to match whatever flow,” he said.

Though he has a favourite genre, coming from the school of dancehall and sound clash days, he grew up on the ‘80s, ‘90s and 2000s music.

“In fact, some of my most memorable moments were clashes with Bass Odyssey against Stone Love and Firelinks,” he said.

That sound clash style manifests in the way Skinny 1-2-3 draws out the females in the party to join in on the fun, even when he is not behind the wheels of steel.

Campari Hotspot Brunch at The Container Hotspot was his destination last Sunday, November 17.

With all systems go, the mobile DJ/host ‘pressed gas’ and the party was in full gear before the count of three.