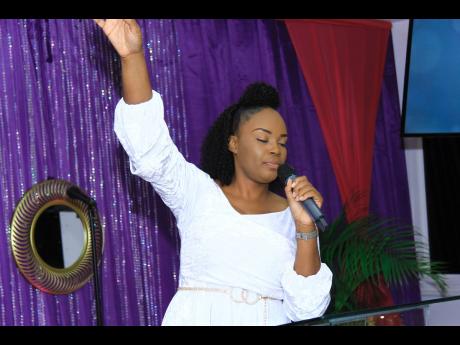 Ava-Gay Blair gets into the spirit at her book launch last weekend. 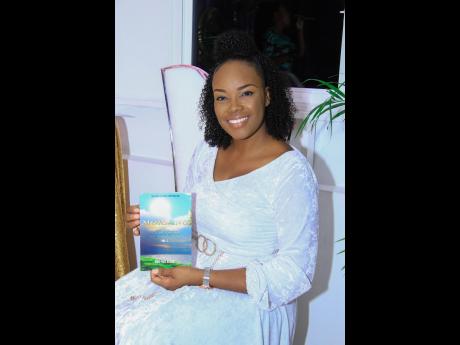 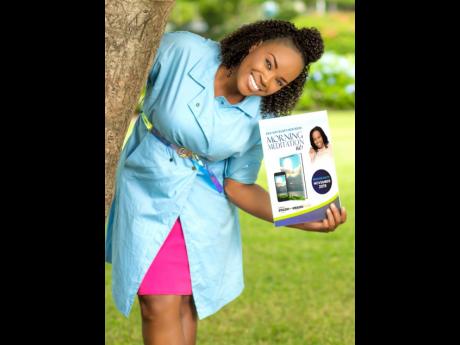 “Over the years, I recognised the significance of the morning devotional to our listeners, the number of persons that call in to say they received a breakthrough or shared how it has done something, for their lives has grown,” Blair told Gospel Spotlight.

The same goes for her Facebook Live sessions, which started two and a half years ago. She said that because of the feedback, she aspired to do more and that someone foretold that a book was going to emerge from her broadcasts.

But it was not until August that she put the prophecy in train.

She said, “I literally started writing in the last week of August, early September, completed the book in one month, and commenced the promotion of its release on my birthday, November 15, before even knowing if the book would have been ready.”

As divine power would have it, the book, Morning Meditation: 50 Days of Daily Inspiration, was ready a couple of days before the launch event, which doubled as a celebration of her turning 30.

“Some of the topics are similar to what I speak about on radio but it is a different revelation. I encourage persons to get a copy, read a chapter a day, and once they start reading it, don’t stop … I guarantee a release will be given to them, as many souls have already been saves and lives transformed through these inspirational messages,” she said. “Watching it all unfold has been a rewarding accomplishment and on the night of the launch, persons described it as an ‘upper room’ experience; I ultimately knew the presence of the Lord was going to show.”

Blair referred to the book as volume one, and has started to prepare meditations for the second instalment.

She is also planning to put the book on a, which will feature her voice recordings of the daily devotions.

“It is the word of God packaged to fit needs and mend lives, and people have actually requested it in audio form, so that’s my next step,” she said.