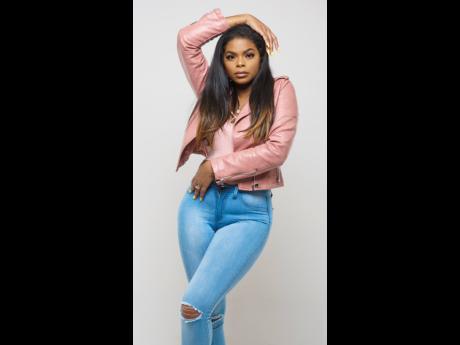 Dancehall songstress Jellissen packs a punch with her latest single, ' Mr Soldier', which is slated for release today.

Written by her, the lyrics highlight a sweet love story.

"This track is about a girl who is trying to sneak into a military base to see her boyfriend, who is a soldier. As the song progresses, she begins to profess her love to him and salutes him for being her strong, militant soldier," she said. A music video for the single is in the pipeline.

Featured on the Brunch rhythm by Chris G, the song was produced by Ireland Records.

Bringing her colourful dancehall style to the track, the singer is confident that this is will be a worldwide hit.

"I connected with [the riddim] instantly as it was vibrant and unique - a lot like me. I enjoyed writing this one in particular as I was inspired greatly," she said. "It's very original and absolutely unique because of how the melodies were written, and also because of my voice."

Mr Soldier comes at the tail-end of a breakthrough year for Jellissen, who has enjoyed massive success through her earlier releases Street Dance Style, OG and Feting.

Although new to the scene, Jellissen has been putting in the work to cement herself as a standout act in the industry not just locally, but overseas as well.

"My standout qualities I would say are my voice, my colourful personality and my creativity, as it stretches far beyond music," she said.

Jellissen is also an accomplished entrepreneur. She is the founder of her own travel company LETSTRAVELWELL, based in Romania.

Balancing her many hats, the singer is focused on growing her music catalogue and has plans to release more projects in the coming months.

Her goal is also to use her platform to inspire other young people to go after their own passions as well.

"In everything you do, be confident and trust that with everything good or bad that is happening, or has happened, the universe is always working towards your betterment," she said.