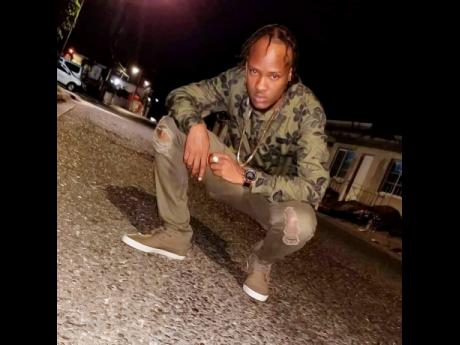 Up-and-coming deejay Tactikal believes that while dancehall artistes are criticised for having too many raunchy lyrics, conscious songs like his track Naw Beat Nuh Woman, are not embraced by the people until it is too late.

"Is since the soldier man kill him woman and then himself in Portmore last Sunday, persons telling me to promo back the song," Tactikal told THE STAR about the track released in 2017. "Me haffi answer and seh no, dem supn deh gwaan every day and unuh nah embrace the song. Although me nuh lose hope in the getting a buss, people nuh fi wait until supn like that happen fi spread the message."

The Stony Hill-based deejay says he is heartbroken by the sudden spate of domestic killings.

"As me say inna the song ... "Me naw b eat nuh woman, memba seh me have a madda me nah put me hand pon har dada." I have a mother and me have a sister too, so me nuh waan hear nuhbody a kill a girl weh coulda be either one. I never never see that in my home or community while growing up," he said.

He said that while the track got some attention last year, "overnight the song has gone more than 500 views on my page and even more on other promotional channels."

"To think me just release three new tracks ... and is the track that release long time ago a get countless WhatsApp broadcasts, Instagram story and reposts ... me shock seh is because of the news of late make people start share it. Songs like these deserve more and continuous promotion from the public," he said.

Tactikal expressed gratitude to entertainer Chi Ching Ching who, like him, hails from the hills of St Andrew, for motivating him to do conscious music.

He also said that he put more faith in the track when Munga Honorable endorsed it during the early promotional stages.