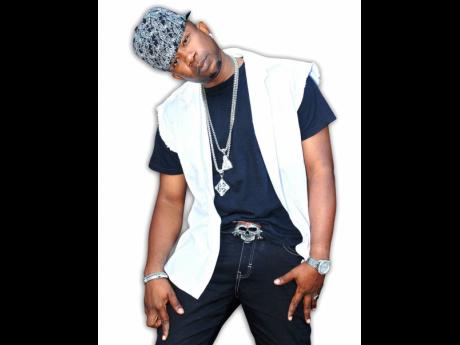 After more than 20 years in the music business, entertainer Shaka Pow has rebranded himself as Outfytt Boss. The recording artiste, who is also a medical doctor, said that his goal is to ensure he maintains his connection with the audience.

"I just think it's time for a change, an evolution," he said. "With all the changes that have been taking place in music, as entertainers, we have to be able to keep up. Over different points of my career I've added on different names, but at this point I feel like Outfytt Boss is best suited for where I'm headed," he said.

The artiste, whose given name is Garth McDonald, has teamed up with MC Nuffy to release a dance track titled Banga Dance.

"This song is really about using a lot of the slangs that are in dancehall, and instead of putting a negative connotation to it, we put it to dance to make it entertaining and fun. All the teenagers, young kids and adults a guh can do it and relate to it," he said.

"It's in keeping with di trap and all a di new changes weh a happen inna dancehall, and it's really just been crazy so far. It just come in like one a dem bad hurricane deh, a so the song a behave. It start create crazy impact inna di dancehall already and it a get radio play, so it's a definite hit."

MC Nuffy is also convinced about the song's hit potential, arguing that "this song a guh make history".

"Me a plea to the whole Jamaica, selectors out there inna all crevice and corner, me want unu support it because Banga Dance a it," he said.