Vitchous says to ‘Trust the Process’ in hard times 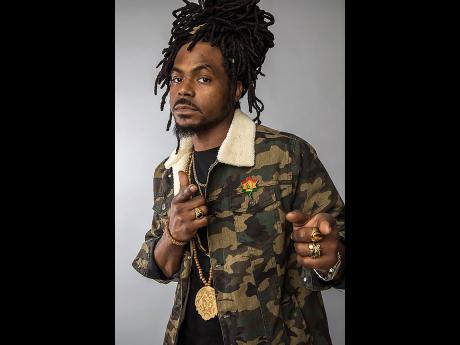 Portland-native Michael Bembridge is ready to make his international foray into the music industry and will not allow COVID-19 to derail that.

Bembridge, who goes by the moniker Vitchous, remained steadfast to the mentality 'trust the process', the title of his debut EP, released March 6.

"The concept of Trust the Process is a reflection of my life's journey and musical growth. I want it to remind people to trust their process. I really didn't foresee this being the time my debut project would be released," Vitchous said.

He admitted that he was almost discouraged from moving forward with its release because of the current global crisis.

"I hope the music on the EP will be a light of hope and motivation to everyone in these hard times, and encourage anyone facing hardships or obstacles on their way to achieving their goals," he said.

Following high school, he joined a group known as Ikonz, but embarked on a solo career when he relocated to the US.

The performer has been featured on several reggae shows in New York, Connecticut and New Jersey, opening for established acts like Sizzla and I Wayne, and has shared the stage with some of the industry's most noteworthy acts, including Damian 'Jr Gong' Marley and Beres Hammond.

The Connecticut-based artiste expressed that he, like many others within the music industry, has more time on his hands to focus on the digital aspect of promotion with live shows and tours put on hold.

"It's a known fact that more people are watching television, listening radio and exploring the Internet, so the onus is on me, as an artiste, to capitalise and make sure my content is readily available in these spaces. This is beneficial to an artiste such as myself because it creates the opportunity to even garner more fans," Vitchous said.

Trust the Process EP is a 10-track compilation of genres, including authentic roots-rock-reggae and hardcore dancehall, fused with international sounds of hip-hop and R&B, as Vitchous speaks about many topical issues.

"Once the quarantine order is lifted, fans can expect a number of visuals to be in the pipeline," he said.