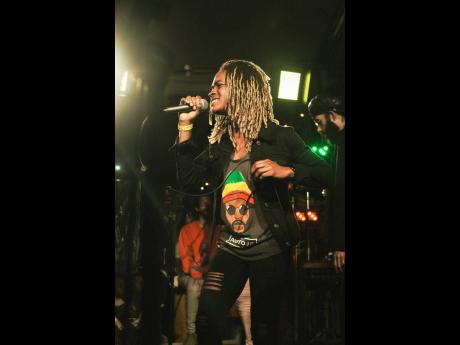 The series featured some of Jamaica's most talented artistes across all genres. From veteran entertainers like Beenie Man and Bounty Killer to newcomers Jamila Falak and Naomi Cowan, and Grammy-winning artiste Koffee, the shows have been a source of entertainment as the industry has been brought to a standstill due to the coronavirus outbreak.

Nasha-Monique Douglas, Digicel Jamaica's chief marketing officer, in an email correspondence, told THE STAR that the company decided it needed to spread some love and light during this dark time and believed music was the best way to do that.

"Everyone longs to be able to go outside and enjoy listening to their favourite artistes live in concert. As the digital lifestyle partner for our customers, we thought that it was important for us to deliver a virtual entertainment experience to them while in the comfort of their homes. In this way, everyone was able to stay safe while socially distant," she said. "The response has been overwhelmingly positive. Viewership has reached in the tens of thousands, as more persons shared the experience of the live concerts with friends and family here and abroad."

Douglas said with the artistes also longing to make a connection with their fans, getting the acts on board presented zero challenges.

Though the series ended Sunday with a grand finale, Douglas says the company is already putting plans in place to keep Jamaica entertained and engaged should COVID-19 causes an even longer shutdown.

"We have several other plans to keep our customers connected while they maintain social distancing, and we will let everyone know about them soon," she said. "We started out this journey in Jamaica 19 years ago in April 2001. Since then, we have been part of every moment with our customers, and the people at large. We understand their desires and the things that matter the most to them. We are always looking out for ways to meet their every wish."

On Sunday, Koffee, Wayne Marshall and Cowan turned in scintillating performances. Cowan kick-started things with a smooth set which included a series of her latest tracks, including Climbing.

Koffee picked up where Cowan left off and delivered a pleasing set. Her performance included deliveries of songs such as Rapture, W and her breakout hit, Toast.

Seasoned entertainer Wayne Marshall closed out the show with an experienced set.