Cyco Flamz speaks out about racism 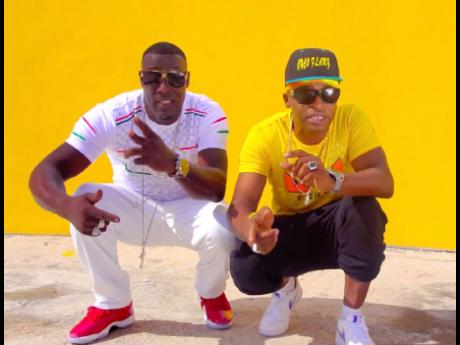 Reggae artiste Cyco Flamz has put his thoughts and feelings about racism into his latest project.

The single, Racism, is set for release this Friday, and will see the artiste addressing the Black Lives Matter (BLM) movement and his own experiences with racial inequality in the US.

"I decided to address the issue in song because it's something I can relate to. I have had run-ins with police in the US where I believe I was mistreated based of the colour of my skin. I won't go into too much detail about the incident but it took place some years ago in Houston, Texas. The encounter was an unpleasant one and I think the way the police handled the situation would have been different if I was of a different race," he said. "Racism is something my people have been faced with for more than 400 years. Black people have been oppressed, in bondage because of our skin. We face hatred and injustice and it has to stop. This song is my way of joining in on the fight against racism and showing support for the Black Lives Matter movement.

Cyco Flamz says he hopes that the song will inspire more black people to join the cause.

"The message I want to send in this song is first that black lives matter, but also that we as black people need to set the example. We need to show love and respect to each other so that others will follow. We need to stop the violence and killings among each other because that's the only way we're going to survive," he said. "If we want people to value our lives as black people, we have to value others' lives as well.

"I hope the song will help to achieve unity among our people. I want to show our people that hatred and injustice should have no place in our lives and the wider society. My dream is to see all people come together and live as one," he continued.

Cyco Flamz said the track has already been receiving good feedback from radio personnel in Jamaica, South Africa and England.

"People can relate to this song and so it has been getting some good support. I just want that to continue because the message is strong and the fight is one we must continue to push," he said.