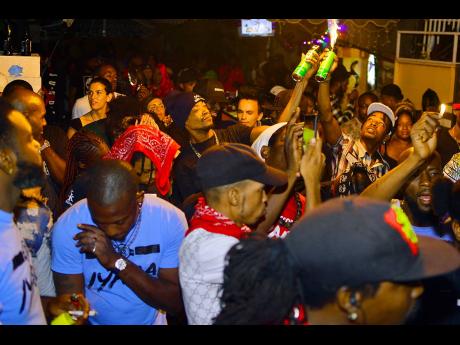 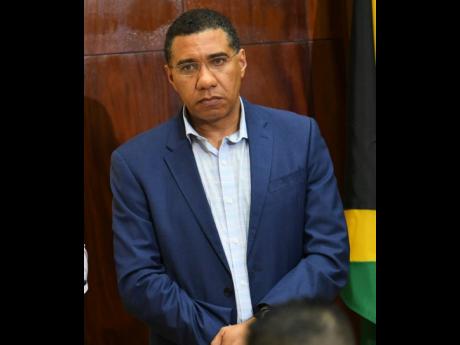 'No entertainment, no vote'. That remains the message being sent by a small group of event promoters as they seek to get the Government's attention on what they say is a matter of national importance.

The group took to the streets of New Kingston last Wednesday to engage in a peaceful protest as they believe the Government has been dragging their feet on the decision to re-open the entertainment industry.

In an interview with THE STAR on the weekend, Shawn 'Kentucky' Stewart, one of the organisers of the protest, explained that while he understood the need for the shutdown of the industry, he believes the time has come for some semblance of normalcy to return to the sector.

"We all understood why entertainment did need fi shut down but why it a take so long fi yuh open it up back when everything else a get leggo?" he questioned. "Di prime minister say him did a go give an update on Friday. Dat come and gone and we nuh hear nothing."

Stewart pointed out that sectors that presented a bigger threat for the spread of COVID-19 were given the green light.

"Dem open up tourism and to me, more risk for spreading this thing come right deh so. People a go come from all over the world, from countries weh have a lot more cases dan we, and if we can allow that we can more than manage the risks that come with hosting events," he said. "We have maybe 200 active cases here in Jamaica right now and most of the new cases yuh hear popping up are from people weh a come in to the island. Dat mean we have things under control on the ground and so we can make things work. Any guidelines dem gimme right now, mi willing fi work wid it. We just want a go now."

He added that even though the protesting group was small, they are willing to withhold votes if that is what it will take to get the government's attention.

And he says he will be doing everything he can to rally as many supporters as he can for the cause.

"Call it an ultimatum or anything yuh want but no entertainment, no vote. We know an election is coming up and so is the perfect time to get people's attention. Everybody know say election is about exchange. If I give you my vote, I want something in exchange. Mi nah just give you my vote so and me have thing weh need to get done and problems that need addressing. Now is the time because campaigning soon start," he said.

Stewart says he and his team are willing to take to the streets every week until they hear from the prime minister, and if a decision is made that is beneficial to all.

"We can work with the current 11 p.m. curfew if that's what it comes down to, but we wah make sure we meet our overheads with social distancing and everything in play," he said. "We just need the Government to start acknowledging our needs because we mean say we nah vote if they don't," he said.