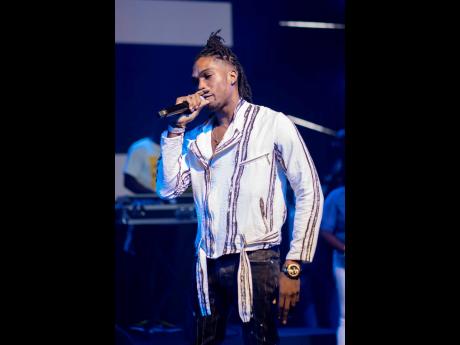 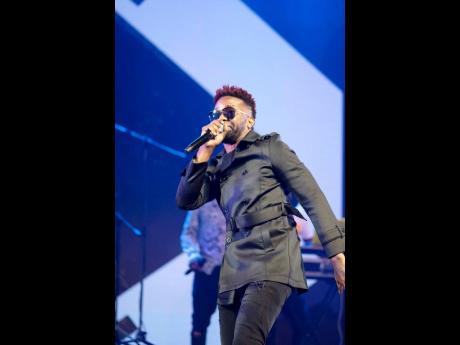 Fast-rising dancehall/reggae singer D'Yani made his Reggae Sumfest debut back in 2018, performing a solo set as one of the opening acts.

He executed fairly well and left the Sumfest audience agreeing that he was someone to look out for.

Two years later, the entertainer graced the Sumfest stage again. This time around, although he was called on briefly by an established act, D'Yani was more prominently featured in the show's prime time slot.

He told THE WEEKEND STAR that as someone who has always desired to be perform during prime time, he is grateful for the experience.

"This is my second appearance at Sumfest, and to be called on by Konshens during a time when I knew most people would have been tuned in was an awesome feeling. When I performed at Sumfest in 2018, unless you were early, you would have missed my performance. That was also a great experience for me, being on such a huge platform, but I knew the next time I performed, I wanted to be on a time when more people would see me," he said. "I am grateful to Konshens for allowing me that opportunity. I have nothing but love and appreciation for Konshens for that because for young artistes, we definitely need the help, the strength from the more established acts. It was a virtual show but the world was still watching, and thanks to him calling me on at that time, I'm sure more people got to see me and what I have to offer."

The entertainer, who is enjoying some success locally from his single, Heaven Telegram, says he has been putting in the work this year and has much more in store.

In addition to a few singles and videos that he hopes to release soon, D'Yani says he is working on his debut EP.

"I think I got my foot in through the door with Heaven Telegram because it's doing really well. The people love it and are getting to know me more and more every day through the song. I'm looking forward to using that exposure to continue pushing my career," he said. "I just need to take a few more steps to really start going full force. Hopefully, once I do that, I will be able to return to the Sumfest stage in 2021 in a solo spot again but closer to prime time."

"Him have it, man," Konshens said of D'Yani. "My biggest dream when I just started out in music was to be a young artiste weh a big artiste a call up pan stage. It never happen to me because nuh artiste never buss me, never call me up pan stage, and so I wanted to give someone else that strength."