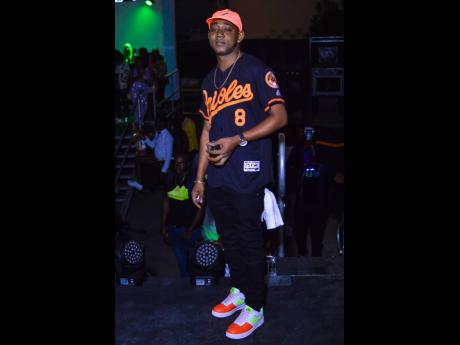 Still riding high from the praises he received as host of dancehall night at the virtual staging of Reggae Sumfest, popular selector Boom Boom is hoping to land a permanent job as one of the festival's annual emcees.

Speaking with THE STAR, Boom Boom revealed that since the virtual show, he has received various messages in which persons have praised him for polishing off the show with what he said they described as "authentic dancehall vibes".

"A baay people a call and text me since the show. Dem a tell mi say 'Worl Boom, yuh dweet innu yute. Yuh build the vibes pan the show ,and me wah see yuh pan the stage at Catherine Hall next year, so mi fi sure mi a look fi dem call me fi host 2021'," he said. "Everybody a say dem fi make mi host one a di night dem, if a even part a di night. Mi know dem (Sumfest organisers) must inna dem brain now and a think weh dem fi do. Hopefully ,dem call me fi host one a di night dem because mi woulda love da opportunity deh again, especially fi do it live."

Boom Boom said that as a selector, 'building a vibes' comes naturally, and so he has been preparing for hosting duties his entire career.

"The selecting thing really help mi to know how to handle myself on stage. A long time mi inna di business, go all over the world, play a whole heap a big concerts, hype up the crowd before the artiste dem come pan stage, so mi know what it takes to build a vibes," he said. "Plus, mi always watch the actual host a dem show yah while me a play. Me see how dem handle the situation, and mi just add my individual vibes to that."

He said that many people did not know that he could host and thanked Sumfest organisers for the opportunity.

"Now, people a look pan me different. Dem a look pan mi as a host and not just a selector. Dem see say mi multitalented, and dat make me feel good," he said. "This is a next step towards building my legacy in dancehall. Mi have a whole heap a things me wah achieve and add to my resume and this is a stepping stone."