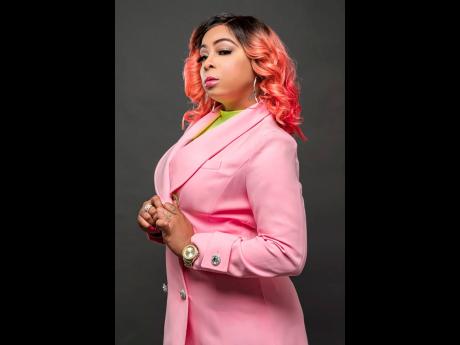 Lisa Hyper has pushed back the release of her full-length album, Phoenix, from year end to 2021, but she is yet to set a date.

The entertainer told THE STAR that although the album is completed, she believes that now is not the right time to drop the compilation as the 'universe' is leading her in a different direction. The deejay says instead of the album, she will be releasing three new singles in the coming months as she gets ready to divulge some very personal details of her life.

"I really am just going with the frequency and the energy that I am getting from the universe right now, and this is where it's directing me. All I'm doing is going with the flow and seeing where it leads me and my fans. These three singles I am getting ready to drop will be expressing and selling a more personal side of Lisa Hyper. They are about me and my life, the issues closest to me," she said. "I don't really do this whole 'get personal' thing much throughout my career. The last time I can remember doing that was with the song Trust back in 2009. But I think the time has come once more for me to bare my soul, and so these three songs will show a more emotional, expressive side of me and I have to say, I am really excited."

The first single, Cry Me a River, will be released in the first week of October. There is also Contradiction and Daily Routine featuring Vybz Kartel to drop before December.

"I'm even going to throw in a bonus track called Run Go fi nice up the place. I mean, we might as well put out music and enjoy we self because we nuh sure if outside a go keep this Christmas," she said.

Still riding high off the success from her latest single, Pretty Butterfly, Lisa Hyper said she has many songs in the pipeline, including another album called Empath.

"You may very well see both albums ( Phoenix and Empath) released next year. We did a use the time in quarantine wisely because when outside open up back it nah go be nothing normal pan the road," she said.