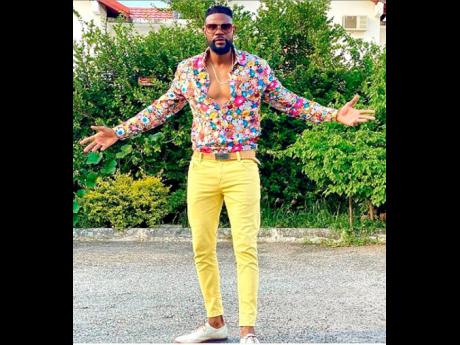 At the start of the 2020, D Major told THE STAR that he was looking to switch things up a bit, having released his latest single, My Money. The track was different from the entertainer's usual romance ballads. He said that the song brought him new fans, but just when he was preparing to turn things up a notch, the COVID-19 pandemic struck, sending the entertainment sector into virtual lockdown.

Notwithstanding the setback, the That's What Love's About singer decided to use the downtime to focus on his craft.

"I have been staying creative. I definitely had the time to do so, and so I have been doing a lot of work to birth even more creativity. I started my own label this year, in the midst of the pandemic -- a label called Antilouvian - and I am excited about this new venture," D Major said.

"Starting a label was something I always wanted to do but just never got around to actually doing it. I buckled down during the pandemic and finally got it done, and since then I have officially produced the first track under my own label, a song with my brother, Busy Signal, which is a spin on Whiz Khalifa and Ty Dolla $ign's Something New. The feeling of having a track out under my label has been amazing."

Having launched his label, D Major said he wants to assure his fans that this new direction doesn't mean he will be stepping away from writing and recording music as an artiste. In fact, the artiste says his duties as a producer and label owner are just an indication of his growth in the business.

"I just did some work with ZJ Liquid. It's a refix on Chris Brown's Go Crazy and the response to that has been overwhelming. But while we're still doing work as an artiste, yuh wah expand yuh thing. That's what this is about for me," he said.

D Major told THE WEEKEND STAR that despite the pandemic, 2020 has been one of his best years in music. He said that he enjoyed quite a bit of airplay.

"It's just a pity we couldn't get to go to the streets the way we wanted to; but I have some songs, and so definitely next year we're coming full speed. I have decided to do an EP or a mixtape, and some of my bredren dem a say do an album, and so there's definitely a body of work coming in 2021," D Major said.