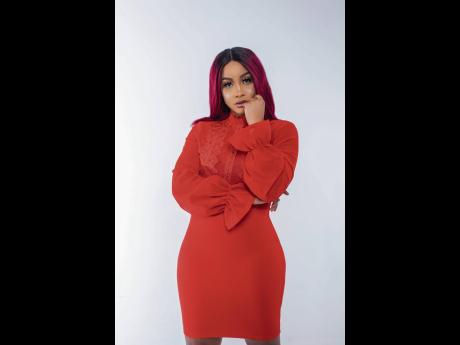 Up-and-coming artiste Jae XO isn't the first female to share her experience with sexual misconduct and sexism in the entertainment industry and she knows she will not be the last.

The 26-year-old singjay-songwriter told THE STAR, "I wouldn't say it is a challenge per se, but it is and [has] always been difficult for a female to showcase her talents especially when you go to a studio expecting to record and the producer is making sexual advances. It's just been one of those things that as a female you have to learn how to work around them."

Jae XO, given name Janiel McLymont, explained that it only becomes a problem when an artiste records a track and it is not released because "you try letting them down nicely, but they are not satisfied with your reaction".

However, she says she has learnt from the experiences of others and that she has managed to put up a wall when similar situations arise.

"No matter the obstacles, you have to face them head on without paying negative too much attention. Nowadays, if the sessions don't go as planned, as it relates to a production, it is easier to find another professional who can rebuild the track and probably even better. I don't think I have had it hard as some of the female artistes back in the earlier days of dancehall," she said. "I think the music industry is at a place where anything is possible. It is more motivating to see females are coming out in larger numbers, and there are even female producers emerging on the scene. Men have it just as hard, maybe not with the advances but other issues."

Jae XO's official debut single Chaser and Rum was released in September but she was featured previously on the 2019 collaboration, Flip Flop, with Nashie.

"I decided to actually put myself out there because although I grew up around music, I still wanted to be sure," Jae XO shared. "My father, Luke McLymont, worked primarily with gospel artistes in his home studio and, as a Christian, got me involved in church. He also made me learn the drums - the only instrument I know how to play - and I would play drums for the choir when I wasn't singing."

Despite her Christian upbringing, Jae XO said her dad is not judgemental, and knows she is her own person and can make the right decisions.

"I also have a management team, Go Getter, helping me to launch my career. Before I was just recording with who I could and working with persons who sent me rhythms. I have learnt when it is your time, it is your time and the day will come once you're persistent," she said.