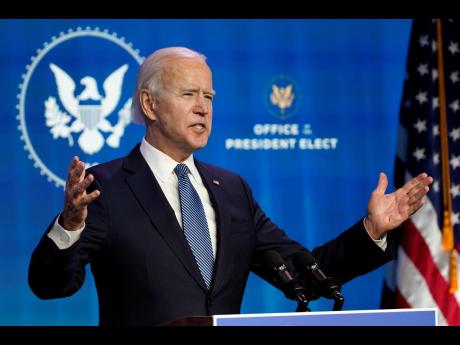 As Joe Biden takes over as US president, members of the music industry have weighed in on the key issues they hope he will prioritise.

New-York based dancehall selector, DJ Lava, revealed that having voted for Biden, he has high hopes for the quality of leadership he will bring.

"I just think he is what the country needs at this time. In any event, even at his worst, he will be way better than Donald Trump. Trump shoulda leave from last year," DJ Lava said.

He opined that Biden must try to get a handle on COVID "so everybody can get on with them regular life".

"The stimulus cheques weh dem a send out nah go be enough if we can't get the virus under control and get things up and running again like normal," he said. "If we can get that under control soon, we can start tackling the other issues, such as how immigrants are treated."

Popular entertainment lawyer Ron Young believes that Vice-President Kamala Harris, being the child of immigrants, "will definitely have a sensibility of understanding that immigrants are not the scared criminals, but people who have contributed throughout the centuries to the United States and building it up".

"I am heartened to see that it appears that they (Biden's administration) are about to implement an immigration policy that gives well-meaning undocumented immigrants a pathway to citizenship over eight years," he said. "Once they are contributing to the American society, paying their taxes, things should look up for them, and that is definitely a good change from the Trump administration and one that we welcome."

Young also said there needs to be a greater emphasis under the Biden administration on investigating and punishing police misconduct.

Recording artiste Nesbeth, whose most recent single Blood Letter was inspired by the spate of police killings in the US, said he would like to see the new administration bring back some semblance of unity to a divided country and, by extension, the nations of the world.

"The USA is said to be a nation of immigrants and a panacea for the world. It is imperative for Joe Biden to improve the current immigration policy, so that others can live their dream. As such, he should motivate and inspire his people, by creating better opportunities in health, education and security for blacks and minorities," he said.