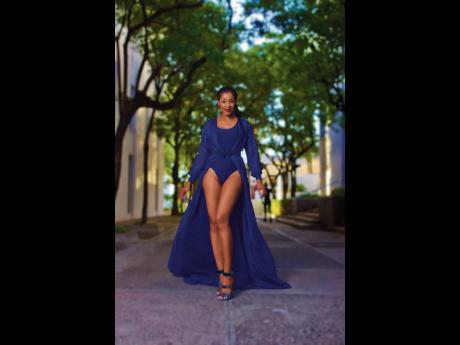 D'Angel says she is not surprised persons have found a way to entangle her in her ex-husband's latest relationship woes.

The Stronger entertainer came out guns blazing in a recent Instagram rant after claims began circulating that she was happy with Beenie Man and Krystal Tomlinson's break-up. But D'Angel told THE WEEKEND STAR that at times the 'mix-up' and drama can be annoying.

"I have closed that chapter and have moved on with my life. What would it profit me to not want his relationships to work? I am neither bitter nor vindictive," she said. "People need to realise the more they perpetuate the drama concerning this matter, the more it shows how invested they are in seeing it go back to the way it once was. But just to clear the air, and I quote the opening lines from my song Talk About, ' Any man weh mi leff mi nuh tek back'."

D'Angel stressed that she had always given the couple her best wishes, and said she is not invested in the love affairs of her exes.

"Personally, it (the break-up) is an unfortunate situation but it's a part of life. People will have their reasons why relationships didn't work out for them and each individual who knows of a break-up will tell you it is in their own best interest," she said. "I speak about myself as a single mother all the time, so all of a sudden, to see people choosing to zone in on the coincidental timing of the drama really threw me off. People are always trying to connect dots like conspiracy theorists. Only I know my personal struggles as a single mother."

D'Angel conceded that regardless of what she does, people will always say she's desperate for attention.

"I just know my single mother status is relatable and at the end of the day I'm proud of myself for single-handedly raising my son to become a proper gentleman," she said. "For all those who insist on talking, I refer to my song once more, ' tek mi name outta yuh nasty mout!'"

D'Angel also said that her only focus now is her upcoming EP, as well as collaborations with Dovey Magnum and Stylysh.