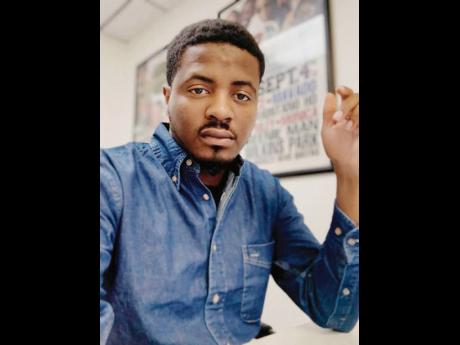 As the entertainment industry continues to contend with the fallouts stemming from the ongoing global pandemic, many industry players have taken to social media app Clubhouse as a means of not just networking but also educating.

Digital marketer Romario 'Romieikon' English, who created the Caribbean Music Industry Club (CMIC), a popular group on Clubhouse, told THE STAR "The benefits for reggae and dancehall industry players are vast," once they are invited to join.

He continued: "Initially when I was invited to the platform, the groups were focused on categories outside of reggae and dancehall (so) after my analysis, I realised the application's model would be good for introductory level classes since most entertainment personnel were already home with more flexible schedules than usual."

The group has attracted music industry professionals in the US, Latin America and the UK as well as Asia according to English.

"CMIC provides a voice to make various known misconceptions, issues and any other areas of interest relating to reggae and dancehall heard through discussions of key industry players regardless of their geographic location. It gives us an opportunity to create a culture of professionalism that embodies cohesion, structure and progression forged by the creatives," English said.

Smith said that although Clubhouse was an invite-only app, it has provided an opportunity for industry players to meet virtually to share ideas, network, educate and even entertain fans.

According to Tomlinson, the best thing about the CMIC on Clubhouse is that the founders genuinely want to help.

"In these times, as a people and not just an industry, we need somewhere where we can get information to better ourselves and within Clubhouse there is a place, in these sessions, where persons who are players in the industry from upcoming to established artistes, producers, musicians and other professionals have an outlet to listen and learn," she said.