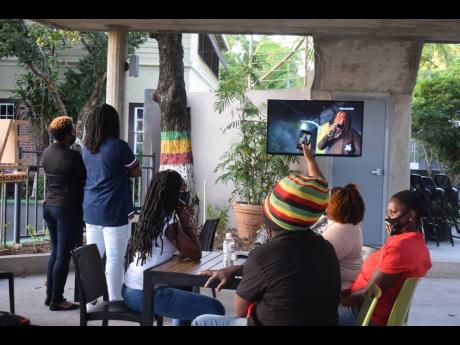 A 12-hour celebration to mark reggae icon Bob Marley's 76th birthday last Saturday culminated in a musical cypher which featured some of Jamaica's most prolific reggae and dancehall acts.

Dubbed the 'Survival '76 Cypher', the collaboration included the likes of Skip and Jo Mersa Marley as well as Tifa, Agent Sasco, Tanya Stephens, and Kabaka Pyramid.

The cypher, which was the brainchild of Cedella Marley, put a modern spin on Marley's massive hit single, Black Survivors. It was produced by ZJ Sparks. Since its premiere, the project has been receiving rave reviews from fans who have dubbed it a tribute fit for the legend. ZJ Sparks told THE STAR that it was an honour to get to work on what she considered a huge project.

"When I got the call asking, I was really really shocked and I was shocked because some of the names that were called, I was like 'Wow, I am going to get the opportunity to work with these people? This just amazing'. I have never recorded any of these artistes who are on the cypher, not one of them, and so it was really awesome to get that experience. Plus the chance to work on something weh Bob did do, it just different. It was a kind of out of body experience," she said.

ZJ Sparks said the Marley family gave her and her team from Loud City complete creative freedom over the project.

"Cedella gave us a reference for some things she wanted included but she left the rest of the creative input to us and that was a big deal. I want to take the opportunity now then to thank Cedella Marley and Mishwa Allen from Tuff Gong for being so impressed with my work that they reached out to me and gave me the leeway to execute the project," she said. "We knocked out a beat and she loved it. She only really wanted Stephen and Skip Marley to give a listening ear and that made us even more excited because Stephen a di boss."