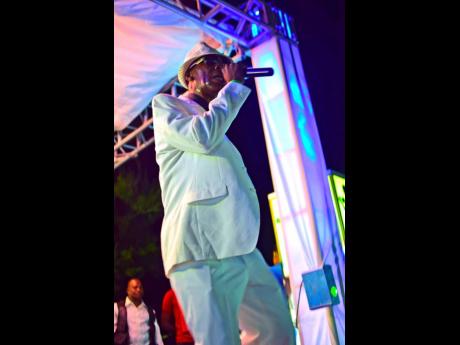 Gun tunes might have the propelled Merciless' career a decade and a half ago, but that's not the only thing he wants to be known for.

The veteran dancehall recording artiste, whose breakthrough came in the early '90s with his single Len Out Mi Mercy, told Weh Dem Up To that many of the songs in his catalogue, labelled as 'gun tunes', were done for the niche market of sound systems and selectors.

"Those type a 'chunes' buss me, but I am not going to say I like doing them all the time," Merciless said. "Dem song deh bring in the dubplate work, and even when me do songs for the girls, I end up have to turn them into something else to please sound man. One good example is Gal Dem Gizzada. Inna di dubs, me haffi do seh supm like ' nuh soun' boy cyaa cross the border'."

Merciless shared that his mother, Etle Ruby Cole, has for long urged him to retire the violent songs. The last of eight children for Cole, he said he has a very close connection with her and has made every effort to make her comfortable.

"My father, St Ledger Bartley, died as a result of a brain tumour, the same year me buss in 1994 and get me first opportunity to go Japan. His death mash me up because he never got to see him son come to something in reggae music, but as the 'wash belly', is like me become mama husband. But I never could fulfil that wish to stick to the Church alone. By time me left Church, me gone deejay, cyaa keep up," he said. "The first two shilling me mek, me build up a nice eight-bedroom house fi nice har up."

As a father of five, Merciless said that he is giving the support to his children that he hoped his father would have given him throughout his career. His two eldest sons are rappers.

Merciless, who says he has a little back pain from an incident, is keeping himself as healthy as he can to be here for them.

"With this COVID-19, we find say people nuh waan wear mask and waan come talk inna yuh face, but me a tan inna mi likkle corner. There are no performances now, but studios still operating, so me sanitise, record and move on," he said. Last year he released the tracks Gun Is All I Bring and My Fren Dem. The artiste will turn 50 this year and says God is still the captain of the ship.

He said, "We have to sing for God as well, just like how we pray before we go to bed and when we wake a morning, thanking him for life. While I am working on a dancehall mixtape, I am also compiling a 10-track gospel album."