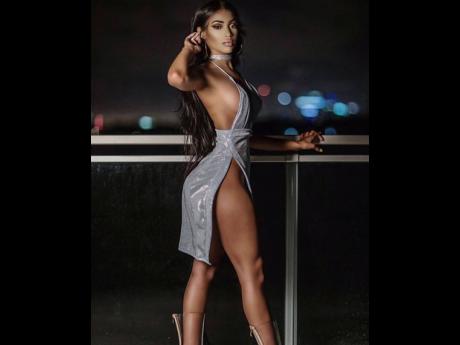 Angel-faced artiste Honey Milan says she is ready to sting the local music industry fast and hard with her unapologetic delivery of dancehall.

She told THE WEEKEND STAR, "I got the best of both worlds being born in Jamaica and growing up in America. With that being said, me can put it inna my music which also includes R&B, hip hop, pop and EDM but me just a work with dancehall right now."

Honey Milan fuses the lyrical flow of a rapper and deejay in her singles that are recorded primarily on dancehall rhythms. But she promises more. "Honey Milan will not disappoint unuh, and me feel like dancehall needs me right now."

"People are going to want to compare, but I've accepted that it's natural. I'm just here to leave my mark and create my legacy ... I already know I am a natural-born star because everywhere I go, I get that reaction," she added.

The US-based singjay, given name Tina Lynch, recently returned to the island to work on more new music which she believes will trigger commentary like her collaboration with Skillibeng. The single, Chappa Gyal, has remained a hot topic due to its controversial lyrics and music video. But she maintains that "music is art and art imitates life".

"If it wasn't happening, unuh wouldn't talk about it and for me, if it wasn't real it wouldn't be a topic of interest," she said. "Me nuh come to prove nutten to nobody. This is not a proving game; my job is to entertain and connect with the people (so) for any music that's put out in the future, me want everybody fi remember me is not a politician or pastor."

Her pursuit of a dancehall career was something Honey Milan's mother, a retired nurse, also had to come to terms with.

"She always knew I loved music but inna di beginning my mother seh she nuh agree wid wah me a do. She would ask, 'Yuh cyaa do some gospel music?' Me mother want a full gospel song but me cyaa guh deh suh," she said.

Her next scheduled track is Bossy B***h, which, similar to Chappa Gyal, is about ambitious women.

"Many persons think 'chapping' has to do with scamming, but it is about a lifestyle and nuff a dem criticising don't even have what it takes to be a 'chappa gyal', a woman with ambition, like me. Likewise, Bossy B***h is about a boss, a woman who doesn't have to lay down and open her legs for a man to get what she wants," Honey Milan said.