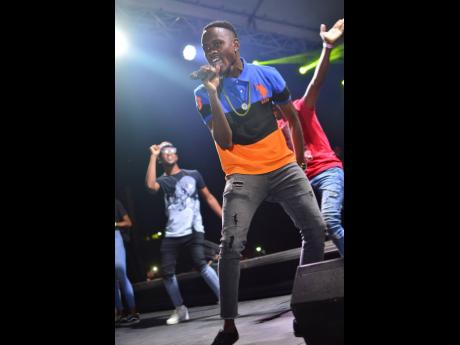 "I am venturing into acting," the Tip Inna It deejay told THE STAR in a recent interview.

"So me recently get a script from Barracks Entertainment, and I've been reading it to learn my lines. It won't be long before people see my acting skills," he continued.

The deejay has joined others like Benzly Hype, formerly of Innocent Kru, Jimmy Cliff, Spragga Benz, and Beenie Man, who have ventured into acting throughout their recording careers.

Born Romario Ricketts, Laa Lee is determined to be a household name, and he is working hard to find ways to achieve this goal not only by acting. He has made headlines locally and in the UK, not only with his music but also as a male entertainer who preaches body positivity to women. In addition, he continues to experiment with other areas in entertainment and genres of music.

"We should start shooting in the week. Plus, I have been promoting the video for the Dirt Bounce song, and the fans, in no time, will have the audio and visuals for another production. The next song about to drop is Lumber, an [afrobeat] collaboration."

The single, Dirt Bounce, was inspired by a young dancer from Newland, Portmore, by the name of Tyreke Pennicott, said Laa Lee. So far, it has garnered more than 270,000 views on YouTube and is getting radio play which the entertainer described as "bringing back the joy".

"It a gwane good and me a gwane enjoy meself. Nowadays, everybody a sing bout gun and who waan scam who so some of us have to focus on the positive and joy especially in these coronavirus times," Laa Lee said.

"We make a song fi the yute, and it had a good impact on him. Truth is, there are dancers who want to collaborate but don't reach out to the right artistes. I am very approachable; from the energy right and me like you, we can vibes. I guarantee the music industry can expect more," he continued.