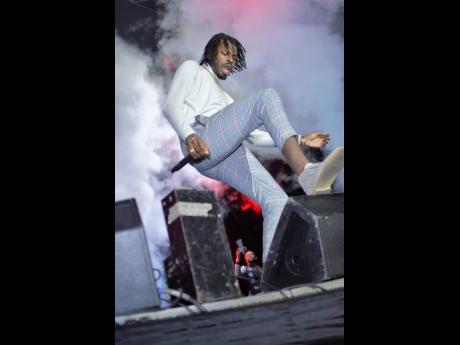 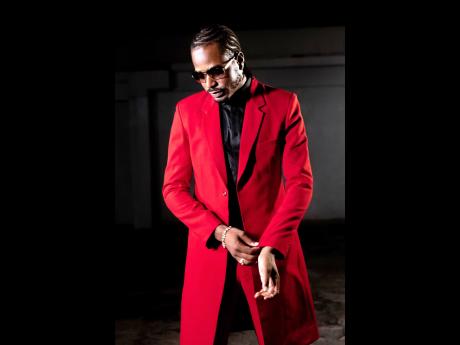 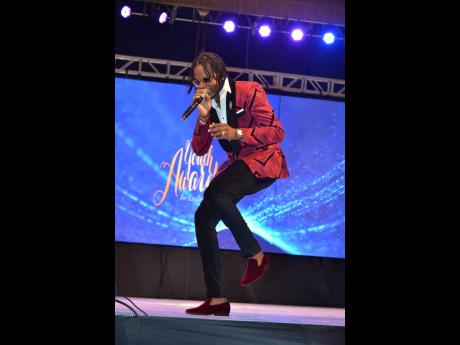 In 2018 when he partnered with Spanish singer Bad Gyal on their single, Open The Door, dancehall artiste Govana encouraged his colleagues to get their big break via any receptive market. His advice followed Charly Black's international success with his diamond selling single, Party Animal.

Now Govana has joined the small pool of local artistes who have achieved large scale international success as Open The Door has gone gold in Spain. This means that the single has sold more than 20,000 copies to date.

Govana expressed joy at his gold certification to THE STAR. "Naturally, it feels good. I am grateful. These are the kinda trophies I want my kids and grandkids to see around the house so they can be even more motivated to do great things in life," he said.

Govana admitted that he did not anticipate that Open The Door would get this far. He said he went into the collaboration with an open mind, and advised colleagues to do the same.

"With music, nothing is a given, so even though the Latin market is receptive to dancehall and reggae, I'm sure is not every dancehall/reggae collaboration in the Latin market reach the same level. It boils back down to what the fans select. I can't say I knew it was gonna reach this level, but thankful to Jah and the fans it did," he said.

The Undefeated deejay stated the importance of market expansion, advising young artistes that the breakout success they hope for could come from markets outside of Jamaica.

"Do the best you can all the time because you never know where the break is coming from. Just keep the standard up on every single song and try to explore other markets," he said. "It (the big break) might not come with the Jamaica hype, but I'm sure people like Sean Paul, OMI and Charly Black are not concerned about the hype in Jamaica. Even if they are, I don't think their pockets are."

Govana, who had a hugely successful 2020 with the continuation of the H.A.M.A.N.T.S Convo series, says he is looking forward to giving his fans some "new medz" this year.

"My plans for 2021 definitely differ from those of 2020. I wanted to make a mark last year, so I went in extra hard. This year, I'm trying some different things, different sounds. You will definitely get some typical 'Govana' vibe but mostly some new medz," he said. "I am really excited about the industry opening up again soon for the sake of the millions that it feeds yearly. We all been hit hard by this. But signs are that it soon will be a memory, and we soon can hold a vibe the real way again, and for that, I'm definitely happy."