Lanae steps out into soca 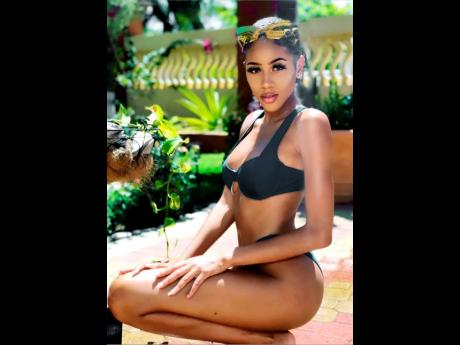 Just a year ago, dancehall artiste Lanae wondered if her single Whine was going to be flagged after the music video was uploaded to a popular adult website.

That confusion passed and she continued to promote the track. She has returned with another potential head-turner, a soca collaboration titled Party Gang with Germany-born, Trinidad and Tobago soca star Nessa Preppy, and Finland-based producer Ikone Music.

"I am a very versatile vocalist. Although I emerged as a dancehall entertainer, I like to do a lot of different types of music and it is fun to dabble. I love soca," Lanae told THE STAR.

"To be honest, I started to notice Nessa Preppy for a while; I saw her as an up-and-coming artiste in her country and appreciated her style. I knew after I wrote the lyrics that she was the one that I wanted to collaborate with." Surprisingly, for Lanae's team it only took a day for them to get in touch with Nessa Preppy.

Lanae said: "I love that they were so responsive and it was so unexpected. It made me appreciate her more." Party Gang's official lyric video has close to 18,000 views since its release last Friday.

Lanae, given name Lanae Gillette, hails from Green Pond, St James, and is on a mission to be the female singer-songwriter that puts her community on the map. Whine, despite the controversy, garnered over six million views on YouTube, while other tracks such as Destiny and her Stay Dung Deh collaboration with Leftside have received over two million views each. She has been projected to become another female dancehall hitmaker.

Lanae expressed that the entertainment sector might be experiencing a lull in Jamaica and to an extent the carnival scene across the Caribbean, but that "a lack of physical 'party gangs' where persons can gather has not stopped persons from enjoying the music" or experiencing the culture. She said Party Gang is a product with the ability to engage people near and far, with it being a collaboration among Caribbean artistes and a northern European producer.

Lanae said that she is not concerned that there are no physical platforms, like parties, in Jamaica to promote new music.

"Because at the end of the day, we are not sure what's happening or what's gonna happen," she said. "Even if it is late-2022 or 2023 we return to the carnival vibe, Party Gang is not one that will die...it's not gonna die anytime soon, I promise you that."

"I am optimistic that Nessa and her team will put the work into promoting the song in their neighbourhood and will continue to do so. It's already getting radio play here, in French Guiana and on some European stations," she continued.