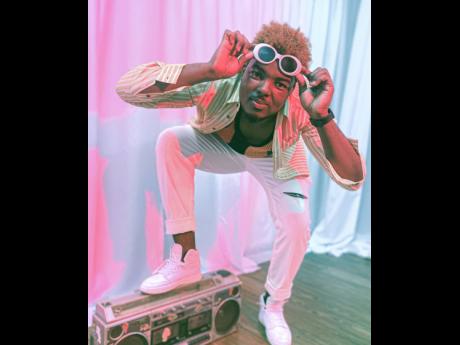 Following a post shared by ZJ Sparks that dancehall selector Foota Hype had aired views on Spice headlining Pride Toronto 2022 LGBTQ Festival, Devin Di Dakta expressed that entertainers and the industry had no control over the people consuming the indigenous music of Jamaica.

"People need fi understand that it's 2021. People of all race, age, sex, gender, type, culture, group, community, planets, solar systems, etc. are listening to music. You don't have to ACCEPT or AGREE with a person or group lifestyle or sexuality, and you don't control who's listening to your music. At the end of the day, music is made for everyone to enjoy. So, if you are expecting a specific group to NOT listen the music you make or play, it's simple, state it in the intro or on your page so these people can know from the start that they shouldn't support you either. But if you're making music for everyone, once again, you can't control who listens and support you," was Devin Di Dakta's first comment under the post.

Speaking to THE WEEKEND STAR, he expressed, "If a person read my comment and doesn't understand what I'm saying, I wouldn't want that person to listen to my music. I would like to think Devin Di Dakta fans and also people who I try to reach with my music are those who are able to have civilised and respectful conversations regardless of which side you are on."

Ishawna, Tifa and Yanique Curvy Diva have previously been blasted by Foota Hype for showing their support for past LGBTQ events. This week alone, entertainers Lila Ike and Jada Kingdom have revealed that they have same sex interest. However, Devin Di Dakta said that his reaction to the social media post was "not necessarily for nor inspired by anyone specific."

"Like I said in my comment, it's 2021; if you are going to allow an individual or group lifestyle or sexual preferences [to] distract you from your goals then you're the dumbest and stupidest person alive. I don't have to believe what you believe nor accept your lifestyle," he said in response to persons suggesting that artistes boycott bookings because of their beliefs.

"Whenever I make a song, whoever wants to dance and sing it, feel free. A person's personal life don't have anything to do with me, I don't care about that."

Devin Di Dakta predicts that in the next five years, listeners of reggae and dancehall music will not hear of any artistes in Jamaica bashing any groups because of the rate and locations where music is being consumed.

"I'm 100 per cent sure that all of them, at some point, will have to work in the same space as the same people they're bashing. There will be absolutely no separation. I actually dare the gangsta artiste dem to do a full song ah blaze some fyah. You'll never hear that record," he said.